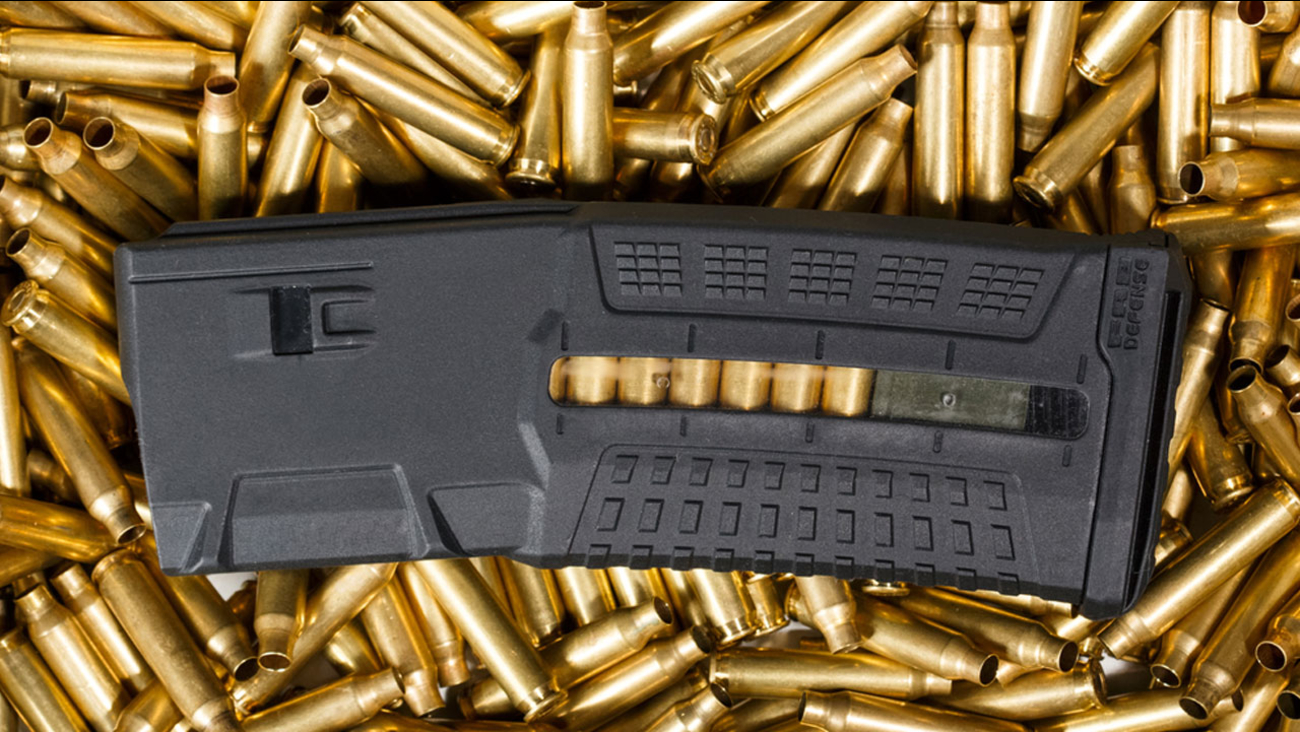 A gun magazine in a bed of bullets is shown in a file photo. (Shutterstock)

LOS ANGELES (KABC) -- Proposition 63, which would ban large-capacity magazines and mandate background checks for ammunition purchases, is set to pass, according to the latest SurveyUSA poll.

The poll, conducted between Oct. 28 and Oct. 31, surveyed 900 Californians in a final review of the 2016 election before the Nov. 8 ballots are cast. Of those 900 interviewed, 847 are registered voters.

The survey shows that voters favor the magazine ban and background check proposition 2 to 1. In addition to the possible passage of that prop, Propositions 56 and 64 were also favored to pass.

Proposition 56, which would increase the tax on cigarettes by $2 per pack, would pass 60 percent to 33 percent based on those surveyed. Proposition 64, which would legalize, regulate and tax recreational marijuana, is slated to pass 54 percent to 39 percent, according to the poll.

In terms of the presidential election, Democrat Hillary Clinton has a 29-point lead over Republican Donald Trump among early voters, but only leads by 17 points among voters who have yet to fill out a ballot.

The survey was conducted after FBI Director James Comey announced continuing the investigation into Clinton's emails after new ones came to light during a separate investigation into Anthony Weiner. A laptop Clinton's aide Huma Abedin used belonging to Weiner may contain emails pertinent to Clinton's use of a private email server, according to the agency.

Those polled also expressed their views on President Barack Obama, with 38 percent having an extremely favorable view and 26 percent saying their view of him was extremely unfavorable.

The Californians who were surveyed answered 27 questions about the election, here is the full list and the results of each.

2. If the election for President of the United States were today, and you were filling out your ballot right now, who would you vote for? (names rotated) Republican Donald Trump? Democrat Hillary Clinton? Libertarian Gary Johnson? or Green Party candidate Jill Stein?

69% Enthusiastically
30% With Reservations
0% Not Sure

63% Enthusiastically
34% With Reservations
3% Not Sure


10. In the election for United States Senator from California, if you were filling out your ballot right now, who would you vote for? (names rotated) Democrat Kamala Harris? Or Democrat Loretta Sanchez?

17. Is your opinion of Hillary Clinton...

22. Next, terrorism. In deciding who you support for President, if terrorism is ...

26. Treatment of gays, lesbians, and transgender persons. If the treatment of the GLBT community is ... ?