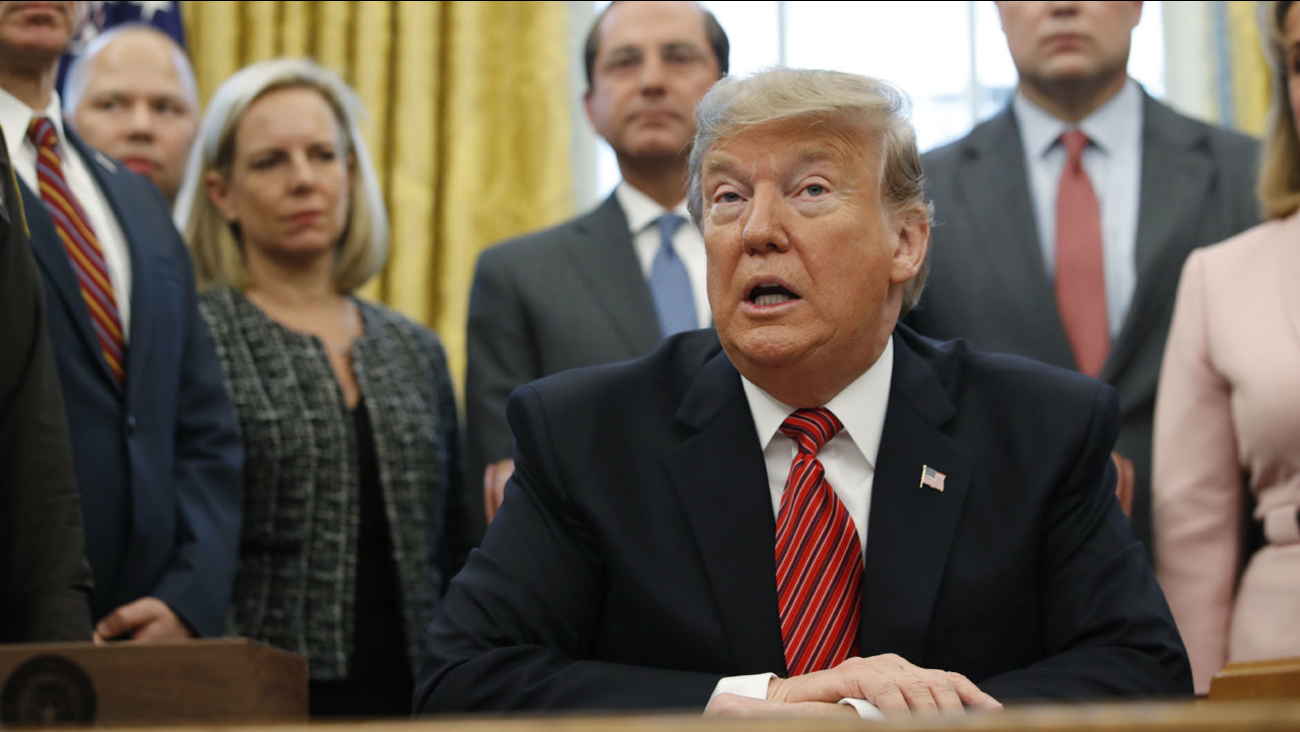 LOS ANGELES (KABC) -- A poll conducted by SurveyUSA found that 66 percent of people who watched President Donald Trump's national address believe the government shutdown is his fault and that taxpayers will foot the bill for his border wall.

Researchers asked 1,000 adults if they watched Trump's address Tuesday night and 641 of those polled said they either watched it live or saw coverage.

Of those 641 adults, researchers went on to ask them a series of questions ranging from who is responsible for the government shutdown, who will pay for the border wall and if a wall would change anything.

In the course of the survey, 66 percent of those polled said they believed the government shutdown was Trump's fault, while 25 percent blamed Democrats and 4 percent blamed Republicans. Five percent were unsure.

But regardless of who caused the shutdown, 67 percent of participants believed both parties would compromise a little bit to end the closure.

The participants were also asked if they thought what Trump said during the address would unite or divide Americans and if what he said was true or false.

Those participants were also asked how they felt about the border wall. Forty-eight percent said they opposed the wall and still do, while 30 percent supported it and still do. But when asked who would fund the wall, 81 percent of those polled said American taxpayers would pay for it, while 7 percent said Mexico and 12 percent were unsure.

They were also asked if a wall was built, do they believe terrorists entering the country would go up, stay down or remain the same. They were asked the same question about immigrants.

As for immigrants, 44 percent of those polled believed it would stay the same, but 41 percent said the number would go down, 7 percent said it would increase and 8 percent were unsure.