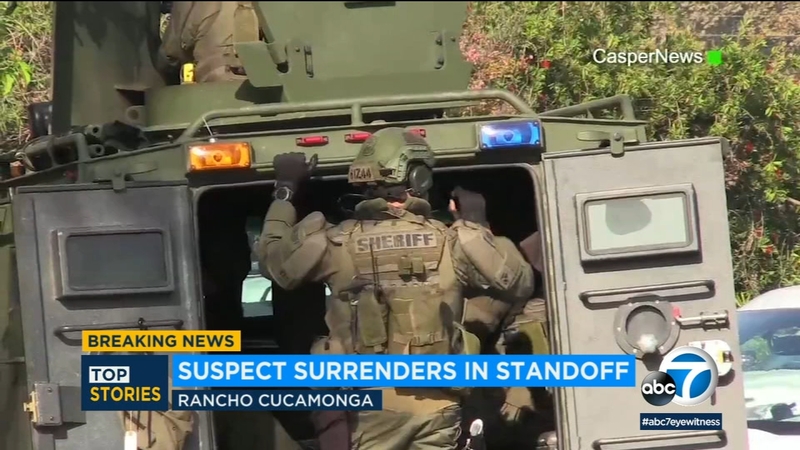 Suspect accused of setting mother on fire surrenders after standoff

RANCHO CUCAMONGA, Calif. (KABC) -- A suspect who is accused of setting his mother on fire surrendered after barricading himself in a Rancho Cucamonga home for several hours Monday morning.

Gilbert Banuelos, 54, was taken into custody just before noon.

The suspect 54/yo Gilbert Baneulos has surrendered after SWAT deployed a canister that emits smoke. Banuelos is accused of lighting his mom on Fire this morning. She is listed in critical but stable condition. pic.twitter.com/QVi4ytRyzX

Firefighters responded to the home on the 13000 block of Vine Street around 6:30 a.m. after receiving a call about a burn victim.

Once on scene, firefighters realized that the suspect's 73-year-old mother Candelaria Banuelos had been set on fire, allegedly by the suspect himself.

A SWAT team responded to the scene as authorities tried to get the suspect to come out.

The San Bernardino County Sheriff's Department said the victim was taken to a hospital in critical condition.

Banuelos has a long criminal history is on probation for resisting a peace officer in a prior incident.

Nearby homes were evacuated out of an abundance of caution.