KABC
By ABC7.com staff
VAN NUYS, LOS ANGELES (KABC) -- An assault suspect, believed to be armed and dangerous, was arrested after leading police on a chase over freeways and surface streets in the San Fernando Valley Sunday night.

The black Mustang led officers on the pursuit from Sepulveda Boulevard to the 118 Freeway and then on surface streets in the Granada Hills area.

After more than 10 minutes, he abandoned the car in the middle of a Van Nuys neighborhood near Bassett Street and Woodley Avenue and hopped a series of fences to run through backyards of residential neighborhoods.

Officers quickly caught up to the suspect, and held him at gunpoint. The suspect surrendered and got down on the ground to be taken into custody. 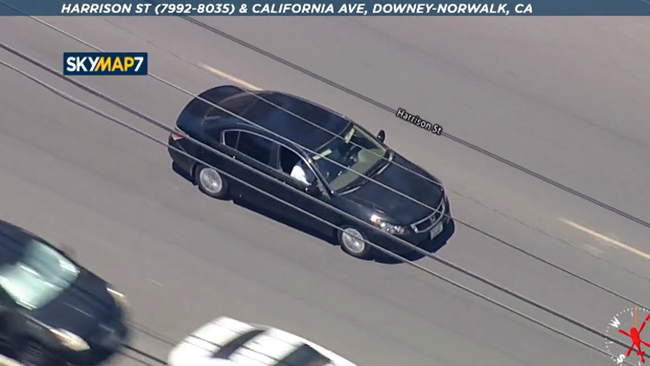