KABC
By Anabel Munoz and ABC7.com staff
POMONA, Calif. (KABC) -- A suspected gunman was taken into custody Saturday afternoon at an apartment complex in Pomona, about 15 hours after he fatally shot one of the city's police officers and seriously wounded another, authorities said.

Los Angeles County Sheriff Jim McDonnell, with Police Chief Michael Olivieri at his side, confirmed the arrest at a press conference.

The suspect was identified as 39-year-old Isaias De Jesus Valencia, of Pomona. Authorities said he was booked on suspicion of murder of a police officer and attempted murder of other peace officers. He was being held without bail.

"It is with a heavy heart that I must report that one officer did not survive," Olivieri said earlier on Twitter. The second officer was in stable condition after undergoing surgery and is expected to survive.

Pomona Officer Greggory Casillas, 30, of Upland, is shown in a photo alongside a memorial created for him outside the Pomona Police Department.

"He left his family at home to protect yours and his ultimate sacrifice will never be forgotten," the Pomona police chief said.

The fatal sequence of events began shortly after 9 p.m. Friday when the officers responded to a report of a reckless vehicle, and a short pursuit ensued, according to sheriff's Capt. Christopher Bergner.

It is with a heavy heart that I must report that one officer did not survive. The second officer is in stable condition.

After the driver refused to pull over, his truck crashed into a parked vehicle and the officers chased him on foot, Bergner said. The suspect then ran into an apartment in the 1400 block of Palomares Street, near Fernleaf Avenue.

"As he barricaded himself in a bedroom, officers attempted to contact him and he began firing through the door," Bergner said.

Neighbors said they heard a fusillade of gunfire.

After one officer was shot, Casillas tried to rescue his wounded comrade and the suspect fired through the door again, striking Casillas in the face, the sheriff said. The fatally injured policeman was carried out to the street by his colleagues, who attempted life-saving measures.

Both officers were transported to Pomona Valley Hospital Medical Center, where Casillas died. His body was later escorted by scores of law enforcement personnel and firefighters to the coroner's office in Boyle Heights while the barricade situation continued at the scene.

The suspect's mangled truck, which sustained significant front-end damage, remained near a curb outside the apartment building as a light rain fell.

One of the residents at the scene said he knows the gunman and described him as a father of three who is battling depression.

"He's a family man. He's faced with mental illness and unless our city has programs that are going to focus on this issues, then these issues will continue to occur," Amos Young said.

Several law enforcement agencies were involved in the standoff with the gunman, including members of the sheriff's SWAT and crisis negotiation teams.

Anyone with information about the incident is asked to call the sheriff's Homicide Bureau at (323) 890-5500. 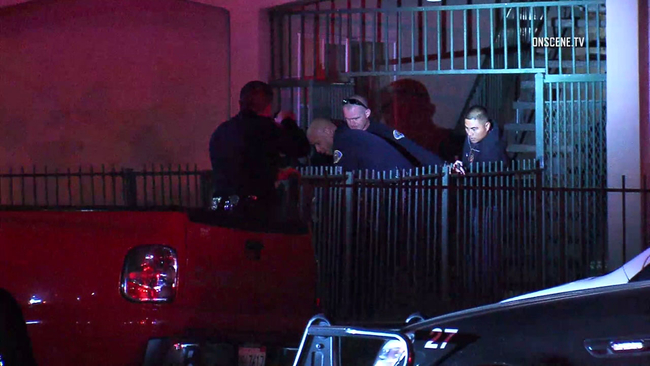 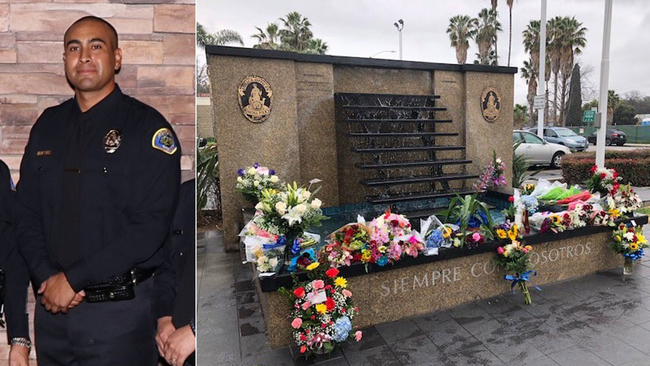