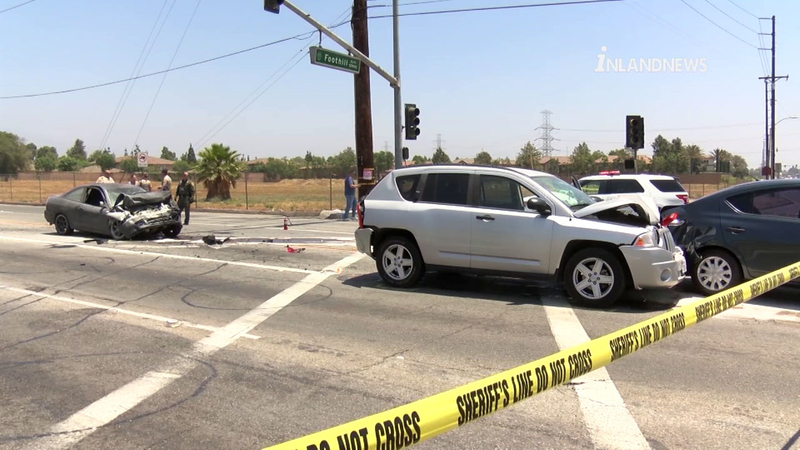 RANCHO CUCAMONGA, Calif. (KABC) -- A woman is dead after leading police on a short, high-speed chase through Rancho Cucamonga Friday.

Police believe the suspect was in a stolen vehicle. When they attempted to pull her over, she took off, but the chase was over almost as soon as it began.

The suspect slammed into three cars near the intersection of Etiwanda Avenue and North Foothill Boulevard.