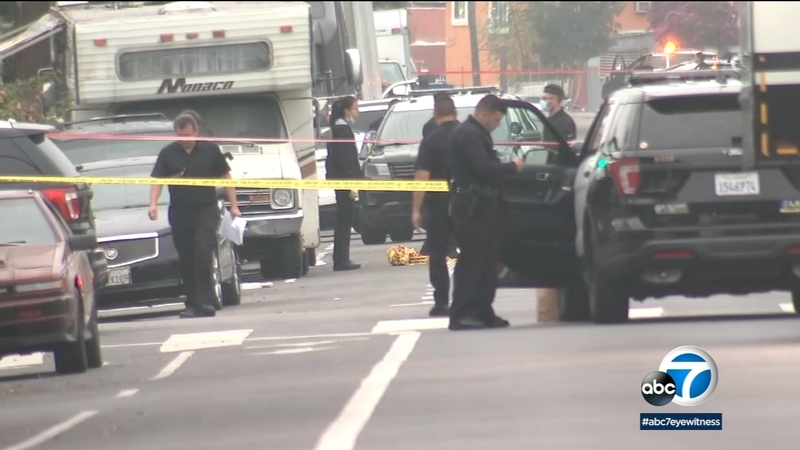 The shooting occurred Sunday at approximately 11:25 p.m. near the intersection of Lombardy Boulevard and Alhambra Avenue.

Los Angeles police said officers were in a patrol unit and stopped at an intersection when their vehicle was fired upon by the suspect who then drove off. Police said the suspect ambushed them.

Officers were able to locate the suspect as he came out of an alley onto Belleglade Avenue, opening fire once again, according to police. Officers fired back at him in response.

The suspect then went eastbound on Alhambra Avenue and was confronted by other police officers. Another officer-involved shooting occurred, police said.

The suspect was in custody and transported to a hospital after he was wounded by police gunfire.

He later died at the hospital.

Information regarding if a weapon was recovered was not immediately available.

The suspect's identity was not known.