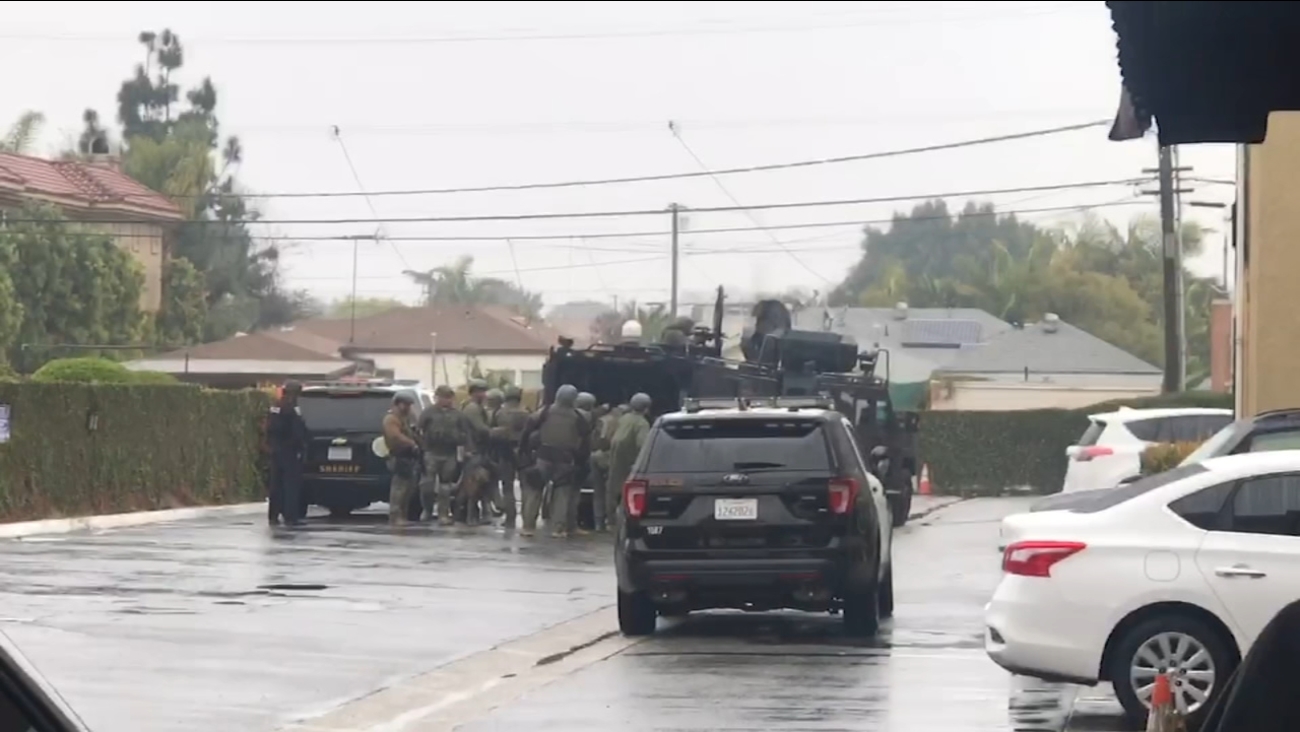 CULVER CITY (KABC) -- An armed and possibly suicidal person fired at officers and stayed barricaded in a Culver City hotel for hours on Monday before being safely taken into custody, authorities said.

Police evacuated the Ramada Inn at 3930 Sepulveda Blvd. and surrounding areas as they negotiated with the person to surrender peacefully. The individual was taken into custody more than seven hours after the incident began.

The incident began around 5:40 a.m. when the Culver City Police Department received a radio call to check on a possible suicidal person at the hotel.

Officers tried to speak with the person, who then fired multiple shots through the door at them. Nobody was hit by bullets and the officers did not fire back.

The Los Angeles County Sheriff's Department Special Enforcement Bureau was on scene and handling the incident.