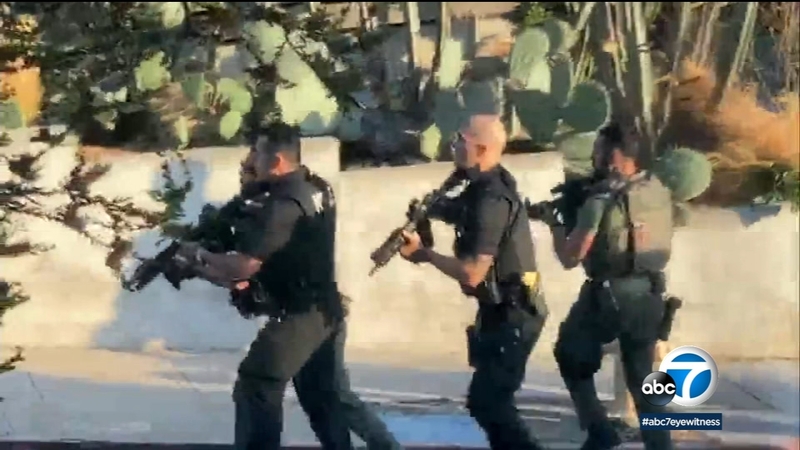 The shooting occurred around 6:30 p.m. near the 1100 block of Pine Street, according to the Santa Monica Police Department.

Investigators said an armed man broke into a home, threatened the homeowner and robbed the house.

"A resident came home and found a male suspect inside their residence," said Lt. Candice Cobarruvias. "The suspect had a firearm and pointed it at the resident, at which time, the resident fled and called the police."

Detectives said as he fled, the suspect was confronted by officers and escaped into a neighbor's backyard, where he tried to barricade himself.

"We encountered the suspect. The suspect did not comply. A shooting occurred," Cobarruvias said. "The suspect was still not complying after being shot in the abdomen, in which time we deployed the K-9."

Residents said they heard three shots. Many captured the chaos on camera as armed officers swarmed the residential neighborhood.

The suspect was rushed to the hospital and into surgery. He's listed in stable condition and expected to survive.