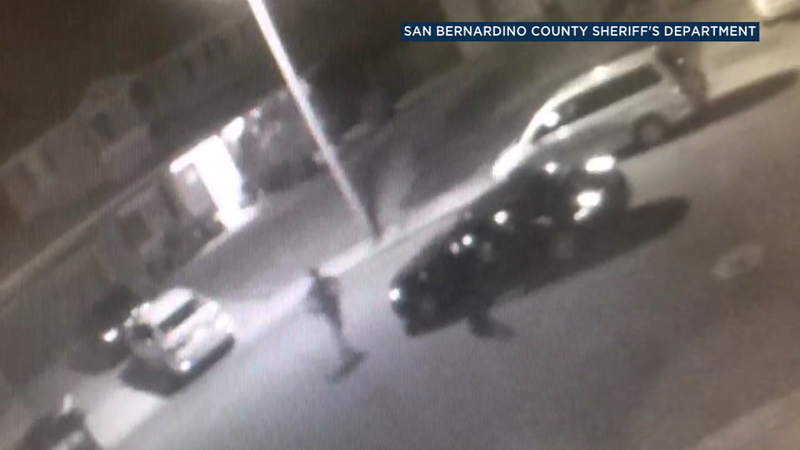 Suspect sought after attacking 2 people with machete in Victorville

VICTORVILLE, Calif. (KABC) -- Authorities are searching for a man suspected of attacking a woman and young girl on two separate occasions with a machete while trying to take their purses in Victorville.

The first incident happened on Aug. 27 around 11 p.m. in the 12500 block of Tablerock Lane. Authorities said the woman arrived home and parked in her driveway. When she got out of the vehicle and walked to her front door, a small dark-colored sedan stopped in front of her home.

The driver of the sedan got out, ran up to the woman and tried to take her purse. During the struggle, the man hit the woman with a large machete. He then fled the scene.

The woman was airlifted to a nearby trauma center with major injuries.

On Saturday, a young girl was attacked around 10:30 p.m. when she arrived home in the 14800 block of Coachman Road.

Authorities said the juvenile drove home, parked in her driveway and got out of the vehicle. As soon as she got out, a dark-colored sedan stopped in front of her home. The driver got out and ran toward her to take her purse.

During the struggle, the suspect struck the teenager with a machete. He quickly left the scene.

The girl suffered moderate injuries and was transported to a nearby hospital in an ambulance.

Authorities believe the suspect is the same person in both cases. He is described as a man between 16 and 24 years old, 5 feet 9 inches tall to 6 feet tall, with a thin build. He was wearing a hooded sweatshirt.