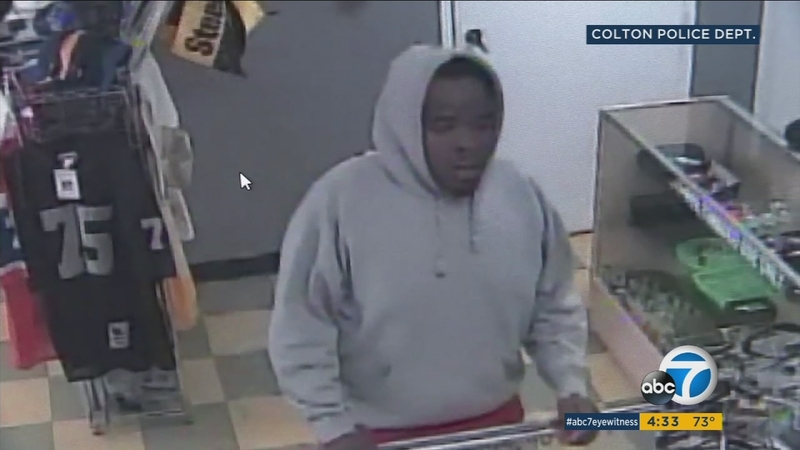 The incident happened at Smokin' Joe's, located in the 1600 block of East Washington Street around 9:45 a.m. Tuesday.

Surveillance video showed the suspect wearing a gray hoodie and red shorts talking to the clerk, who was drinking coffee behind the counter. Police said the suspect pretended to be a customer. He then left Smokin' Joe's and returned with a steak knife.

"He said, 'give me all you got' basically, and my husband told him no," the clerk's wife said.

The clerk's wife, who did not want to be identified, said her husband was stabbed four times, but he fought back. Authorities said the victim was taken to a hospital and listed in critical condition.

Part of that scuffle was captured on surveillance video. The suspect took off toward Washington Street.

"No vehicle that we've seen. We've been looking for video last night and today, and we have not seen a vehicle yet. There's some clear shots of the suspect, so we're hoping with the public's help we can identify him," Sgt. Tim Heusterberg said.

The suspect did not get away with any money or merchandise. The clerk was able to call 911 despite suffering a gash on his head and a punctured lung. His wife hopes somebody recognizes the knife-wielding suspect and comes forward.

"What he did is just heartless and for money and just so violent and this person should be behind bars. Someone should turn him in," she said.

Smokin' Joes plans to have two people working at the shop at all times.