Police say the suspects have allegedly been targeting young women in the Palms and Venice neighborhoods while they are walking or jogging alone in the early evening.
KABC 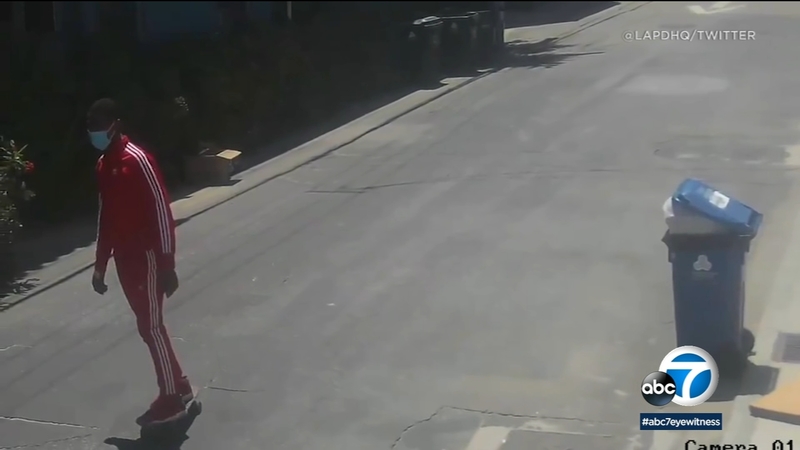 Suspects sought in series of sexual assaults in West LA

LOS ANGELES (KABC) -- UPDATE: Darryll Mercadel, 21, has been arrested on suspicion of forced sexual penetration. Police believe he may be involved in at least 13 sexual batteries in Culver City and Marina del Rey. Police are continuing to look for a second suspect. Video provided by a neighbor helped investigators get the license plate of the suspect's vehicle.

Earlier version of story below:

Authorities are seeking the public's help in finding two suspects in connection with a series of sexual battery incidents in the Palms and Venice neighborhoods of Los Angeles.

Both suspects are believed to be responsible for as many as 13 possible assaults between May 14 and June 16, but could also be tied to even more incidents in Culver City and Marina Del Rey, according to the Los Angeles Police Department.

Police say the suspects have allegedly been targeting young women who are walking or jogging alone in the early evening and "grab the women's buttocks and breasts, then flee" on foot, skateboard, bicycle and even a silver Mercedes Benz sedan.

Here is the flyer. pic.twitter.com/hrVZ47BxH2

Although the suspects, described by witnesses as black males in their early 20s, haven't been seen together, police say they are "likely working together."

Anyone with information about them is encouraged to contact LAPD detectives at (213) 473-0447.
Report a correction or typo
Related topics:
venicepalmslos angeleslapdwoman assaultedsexual assault
Copyright © 2021 KABC-TV. All Rights Reserved.
More Videos
From CNN Newsource affiliates
TOP STORIES