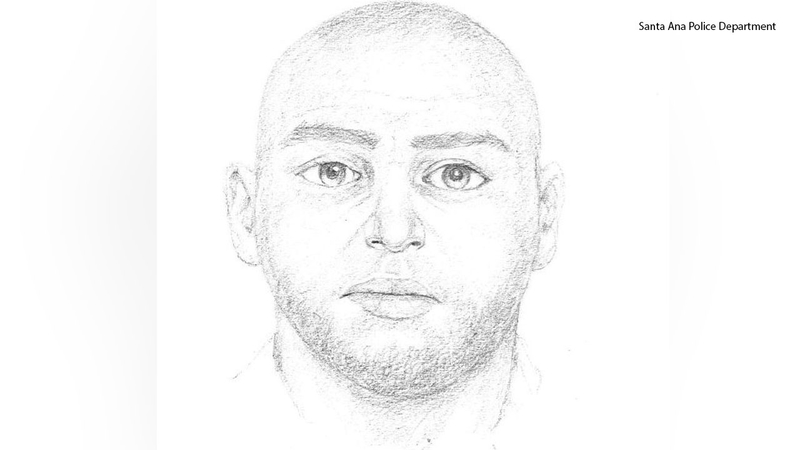 SANTA ANA, Calif. (KABC) -- Police on Wednesday released a sketch of a suspect being sought for allegedly sexually assaulting a 14-year-old girl at knifepoint at a Santa Ana park.

According to Santa Ana police, the young teen was sitting on a bench at Cabrillo Park -- located at 1820 E. Fruit Street -- at approximately 1 a.m. Saturday when a man sat down next to her.

The suspect, who did not appear homeless and only spoke Spanish, made small talk, which made the victim uncomfortable, police said.

As the girl tried to walk away, the suspect brandished a knife and ordered her back to the bench. He then "used physical force and verbal threats" to keep the teen in place. The man proceeded to sexually assault her until she broke free and ran home.

"This suspect used a knife, he's extremely aggressive with our victim, which tell us that this is somebody who's probably done this before," said Santa Ana PD Cpl. Anthony Bertagna.

The teen girl, who police said went to the park after an argument with her mother that night, sustained visible injuries from the assault, according to police.

"Punched her numerous times about the face and the upper torso, as well as choked her," Bertagna added.

Authorities are asking for the public's help to identify the man and get him off the streets.

The suspect is described as a man between 5 feet and 6 to 8 inches tall, about 160 to 170 pounds, with short black hair, brown eyes and a short beard.

He was seen wearing a white button-up shirt, blue/gray shorts and a black belt with a silver buckle the night of the attack.