KABC
By ABC7.com staff
PALMDALE, Calif. (KABC) -- Authorities have arrested a suspect who was allegedly taking pictures up a woman's skirt while she waited for a train at a station in Palmdale.

Great News! Suspect who illegally took pics under victim's skirt at #Palmdale metrolink, has been identified & arrested. THANK YOU to all the media outlets who attended our last minute press conference last Friday and THANK YOU to the public who called in with tips & info. pic.twitter.com/dBnaVBnAup

Surveillance video previously released seems to show a man approaching a woman from behind and stooping forward. He extends his arm and a light flashes, apparently from his cellphone camera. The woman then turns around to face him. 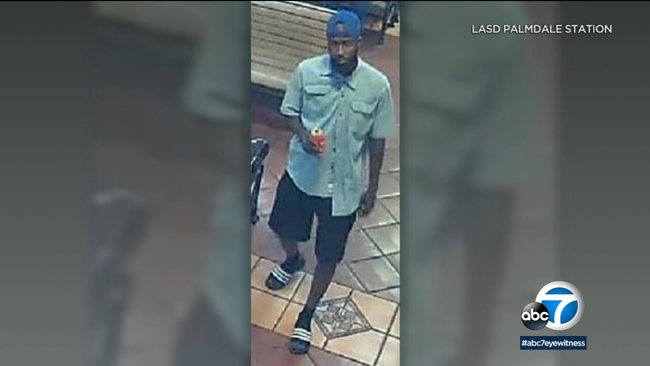