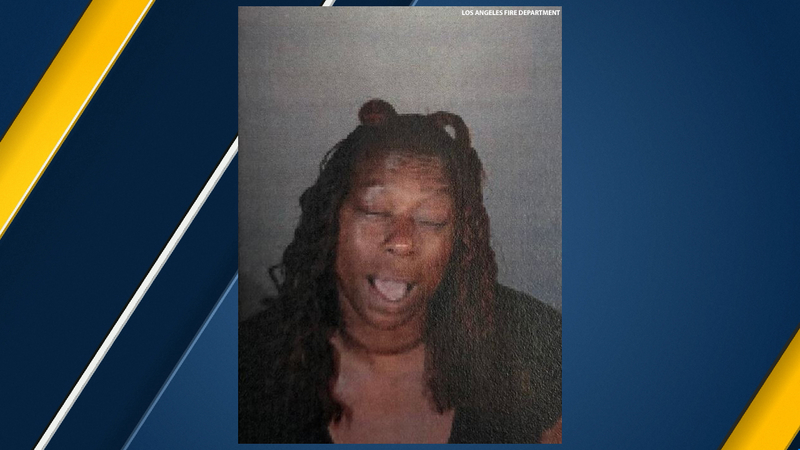 WEST ADAMS, LOS ANGELES (KABC) -- A woman who police say has a significant criminal history is in custody for allegedly starting a fire at a West Adams duplex that forced three residents to jump out of a window, including one who broke her back while landing on the ground.

Tameca Walker, 52, was arrested Monday and charged with two felony counts for a duplex fire at 2936 S. Rimpau Blvd. on April 21.

Authorities say she poured gasoline on the outside of the building and on the ground before using a crowbar to break a window of the building. She then allegedly ignited the vapors of the gasoline with matches.

Officials say three people had to jump from a second-story window to get out.

Walker was taken into custody without incident, and a loaded firearm was recovered during a search of her home, police say.