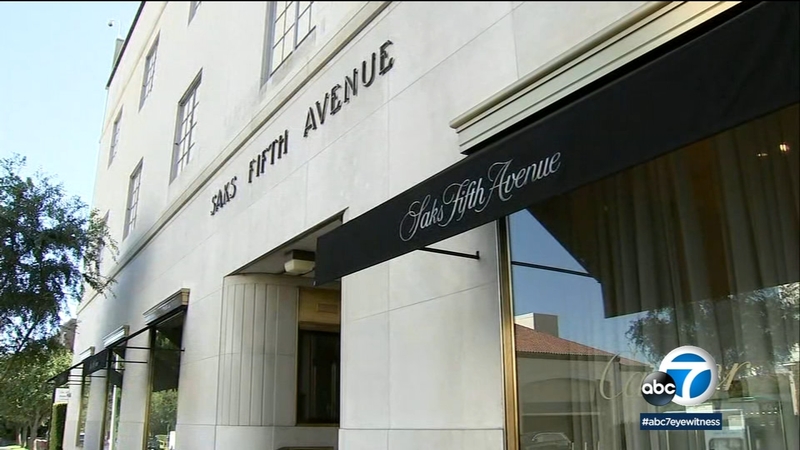 Suspects sought after stealing $40K worth of purses

BEVERLY HILLS, Calif. (KABC) -- A search is underway for five suspects who allegedly took part in stealing tens of thousands of dollars worth of merchandise from two luxury department stores in Beverly Hills.

It was reported that the male suspects entered the store and grabbed several handbags before fleeing the scene on foot, according to a press release from the Beverly Hills Police Department.

A juvenile suspect, believed to be one of the four, was arrested. The other three remain at large.

Around the same time at a Neiman Marcus down the street, two suspects ran from the scene with several high-priced purses.

Police said the two incidents were not related.

This isn't the first time thieves have stormed a store in Beverly Hills. Back in 2018, surveillance camera caught several people taking sledge hammers and smashing store displays on Rodeo Drive. Those suspects got away with armfuls of designer clothing.