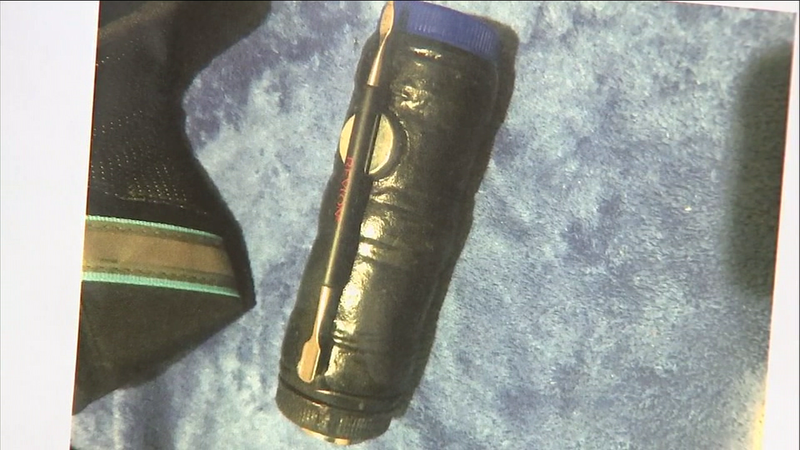 PASADENA, Calif. (KABC) -- A 34-year-old man has been arrested in connection with a bomb scare that prompted a massive evacuation in Pasadena Monday night.

The suspect, Theodore Bancarz of Glendale, was taken into custody shortly before midnight, a Pasadena police spokesperson confirmed Tuesday morning.

Ten blocks were evacuated after the suspicious device was discovered attached to the back of a U-Haul truck. Several streets in the area of Raymond Avenue and California Boulevard were shut down, and Gold Line service was interrupted.

Investigators said that while the device included several apparent hallmarks of an explosive, it was later deemed safe.


Pasadena police described the device as a plastic pipe, wrapped in tape and attached to the truck's bumper using magnets.

Another device found in Bancarz's home was filled with methamphetamine and hypodermic needles, police said. Officers also found cocaine in the suspect's residence.