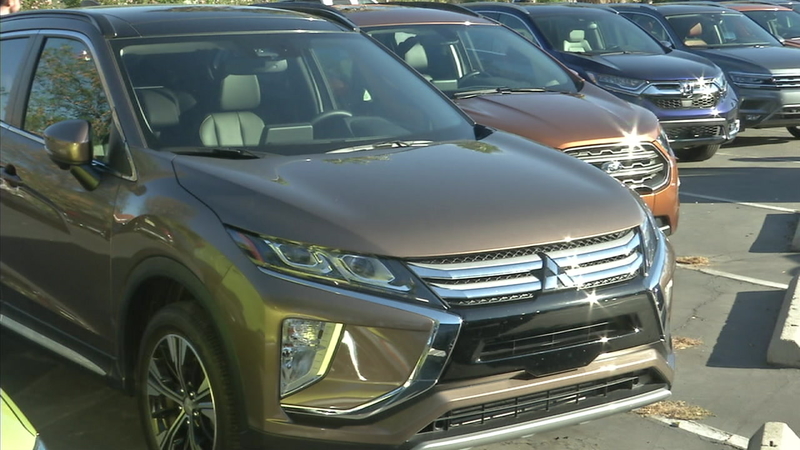 It's not your imagination. Crossover SUVs are everywhere. More and more buyers want them, and car companies are building more of them to satisfy demand.

One example is the top-selling Honda CR-V. It's not only the best seller in its class, but in all categories of CUV or SUV.

None of Honda's sedan models come close to those figures. The CR-V outsells both the Honda Accord and the Honda Civic, the sedans that used to be the company's top sellers.

It's not just Honda, or GM or Ford. Everyone's in on the action now, including luxury brands. Jaguar's F-Pace model became its top seller almost immediately after going on sale in 2016.

Crossover SUVs are so plentiful now that the Motor Press Guild, of which I'm a member, organized a "crossover comparison day."

To evaluate everything from seating position to cargo space, journalist members were turned loose on groups of vehicles.

I was assigned the newest family specials: three-row crossovers from non-luxury brands. I did back-to-back drives in the Subaru Ascent, Volkswagen Atlas, and Chevrolet Traverse.

All were new designs within the past year. I had driven each of these SUVs individually shortly after they came out, but to do so one after the other on an identical route was a great way to compare them.

Even though they all contain the same number of seats, the Subaru felt the lightest and sportiest. The VW felt luxurious and had a rather hefty feel.

The Chevy split the difference, almost right down the middle. Each one is a good choice in its own way, depending on what buyers need.

These three vehicles' prices also vary widely. The Ascent starts at $31,995, though the test vehicle provided was the high-end Touring model priced at $44,695.

The tested Traverse was a far cry in MSRP from the $29,930 base L model. The one that Chevrolet brought to this event was an AWD version in a trim called High Country with a price tag of $$53,595.

Anyone in the market for these - or any new vehicle - should really try to drive competitive models on the same day, on the same general route.

If possible, try to drive the exact trim level vehicle you've budgeted for. Dealers will sometimes have "loaded" demo models for test drives, and the one you end up buying may lack some of its features and have a different engine.

This growing segment should continue to grow, with one note of caution.

"As soon as gas prices go up, and if unfortunately the economy should take a downturn, people are going to come rushing back to more affordable and more fuel efficient sedans," Wardlaw said. "So auto makers would be smart to keep those in their lineup."