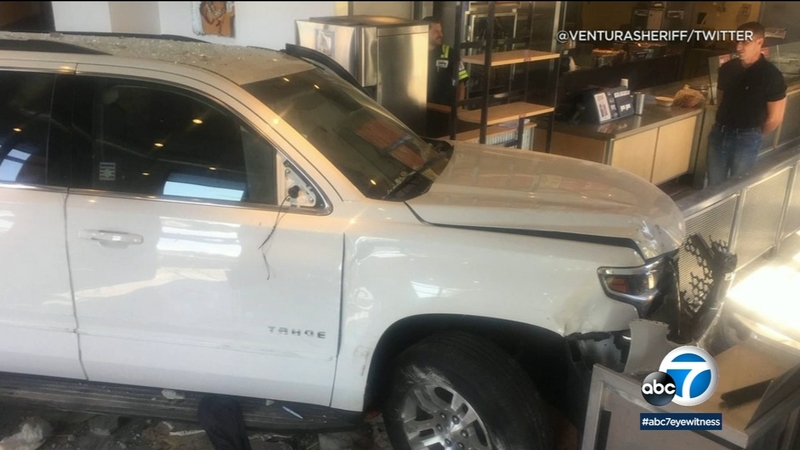 The Ventura County Sheriff's Department says the incident happened around 9:34 a.m. - less than 30 minutes before the restaurant opened.

Photos from the scene show the vehicle coming to a rest near the mobile order pick up area after smashing through a window and leaving a gaping hole in the side of the building near the entrance.

A vehicle collided with a building at 9:34 this morning at the Chipotle restaurant in Newbury Park. @toaksvcso and @VCFD are on scene with TO Building and Safety. The driver suffered minor injuries, and just missed an employee inside by 2 feet! pic.twitter.com/pfuza1IVIc

The SUV, with California vanity plates that read "YUUR OUT", missed the Chipotle worker by only about two feet, according to the sheriff's department.

Ventura County Fire crews and Thousand Oaks police also responded to the scene, as well as a building and safety team to assess the damage.