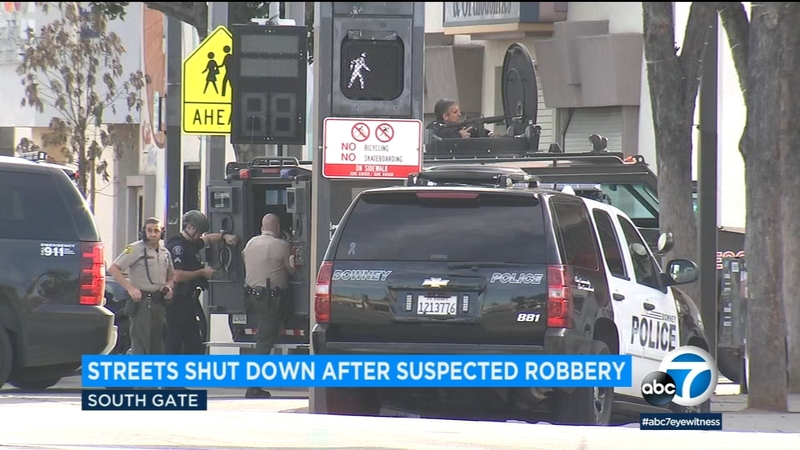 South Gate police responded to a robbery in progress at a Bank of America in the 4400 block of Tweedy Boulevard at about 8:23 a.m.

Police say they interrupted the robbery of an armored truck and rescued armored transport employees without injury.

Streets were shut down while police and SWAT officers in full tactical gear - with weapons drawn - surrounded and searched the armored vehicle.

The bank was not open at the time.