Teen's arm severed after boulder falls on him in Laguna Beach 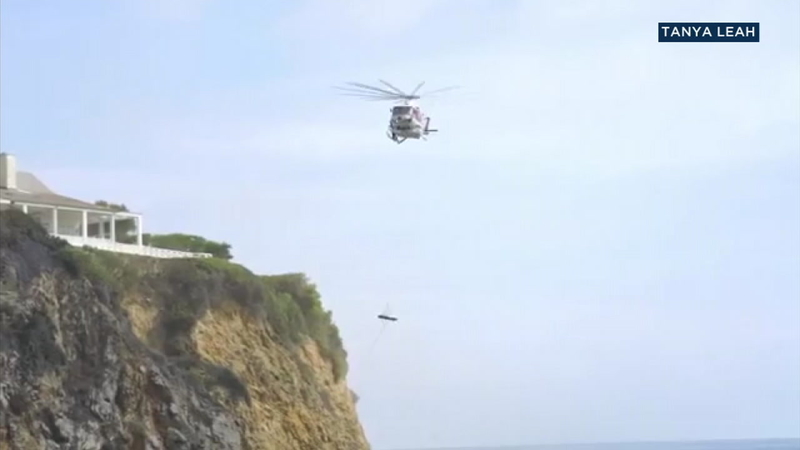 Teen's arm severed after boulder falls on him in Laguna Beach

LAGUNA BEACH, Calif. (KABC) -- A 15-year-old boy's arm was severed while trapped under a boulder that fell on top of him in the Emerald Bay area of Laguna Beach on Wednesday, according to the Orange County Fire Authority.

Orange County rescue crews responded to the area shortly before 3:30 p.m. to help the victim, whose arm and leg were stuck underneath the rock, fire officials said.

They added that the teen boy was walking with a friend along rocks by the ocean when the boulder the size of a cooler fell on him.

At 3:20 pm remote rescue was dispatched in Emerald Bay. OCFA, Laguna Beach Fire, OCSD and Lifegurads have responded to a person trapped in Emerald Bay. Patient has been extricated and flow to trauma center by HC2 at 4:13 pm.

The impact caused the partial amputation of his right arm. His leg also became lodged underneath the boulder, which led the teen to be trapped for nearly 40 minutes, according to OCFA Capt. Tony Bommarito.

Tanya Leah Lugo said she was climbing in the same spot as the teen, just minutes before he was crushed. She took video of the aftermath.

"I assumed that he was dead because everything got real silent and somber. But then you saw the helicopter," she said. "I saw his mom and she was crying. She was looking very panic-stricken."

Crews used air bags to hoist the boulder off the teen, who was then hoisted from the rocks and airlifted to the trauma center at UC Irvine Medical Center in serious condition.

AIR7 HD over UCI Medical Center in Orange, where a 15-year-old boy was airlifted after his arm was severed from being hit by a falling boulder in the Emerald Bay area of Laguna Beach.

Bommarito warned that walking on the side of a cliff is always a risk.

"You have to assume there's some risk because we don't know if that cliff is stable or not, and I don't think they actually examine the cliffs to warn people of that," he said.

Bommarito added that he has not seen a boulder incident like this in 28 years.

"It's an unfortunate accident," he said. "Wrong place at the wrong time, so just a very sad situation."