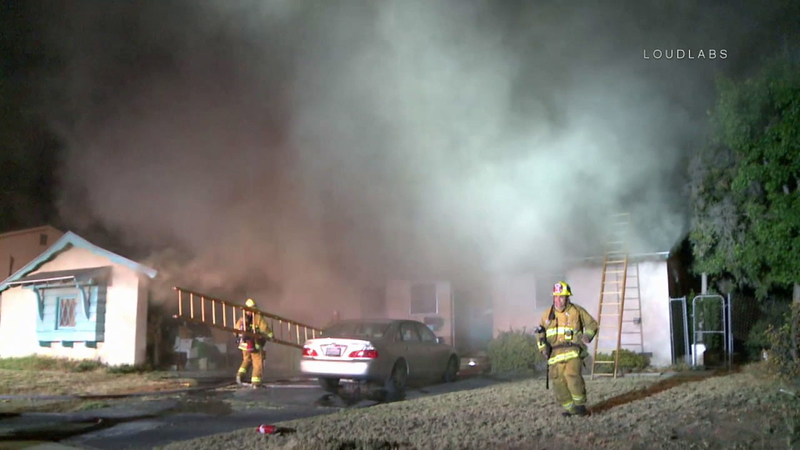 SYLMAR, LOS ANGELES (KABC) -- A Sylmar home was heavily damaged by a fire and the resident and four police officers were treated for smoke inhalation, officials said.

The man who lived there was believed to be in critical condition following the blaze in the 13600 block of Brussels Avenue, fire officials said.

The officers suffered minor smoke inhalation and were expected to recover.

It took 41 firefighters 26 minutes to extinguish the blaze, in what was described as a one-story home filled with excessive personal storage items.