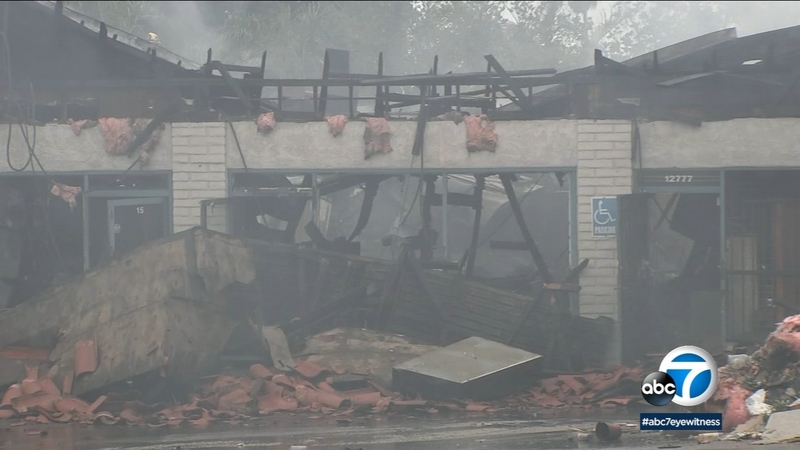 The greater-alarm fire was first reported around 3:45 a.m. in the 12700 block of N. San Fernando Road, fire officials said.

Approximately 150 firefighters were assigned to battle the blaze. Crews doused the flames to keep it from spreading to other units in the strip mall. The fire was declared a knockdown at 6:37 a.m., according to the Los Angeles Fire Department.

The blaze was so fierce, it triggered a partial roof collapse. No injuries were reported.

Several businesses had water damage and were partially destroyed by the flames. Among businesses reduced to rubble were a restaurant, marijuana shop and a retail store Monica Casas' mother owns.

"We came here and we saw, and she's just devastated. She's been here over 22 years," Casas said.

Casas and her sister said the single mother's small business has helped them and their siblings get through college over the years.

"My mom has been able, fortunately, to help all of us. My sister completed her doctorate, my little brother just started going to UCLA. Her business is what's been able to let us live our dream, that's all that she wanted for us," daughter Itzel Martinez said.

Casas has started a GoFundMe page to help her mother.

It's not the first time the family has experienced a fire, and they say they'll be able to bounce back.