KABC
By ABC7.com staff
John T. Earnest, the suspect in Saturday's mass shooting at a Poway synagogue, entered a not guilty plea on murder and hate crime charges Tuesday and was ordered held without bail.

Earnest was making his first court appearance after his arrest in the shooting at the Chabad synagogue in the San Diego area.

The congregation's rabbi was struck in both hands and lost his index finger. An 8-year-old girl and her uncle were struck and injured by shrapnel.

Earnest, 19, is also suspected in connection with a March 23 fire at a mosque in Escondido.

The next court appearance for Earnest was set for May 30. 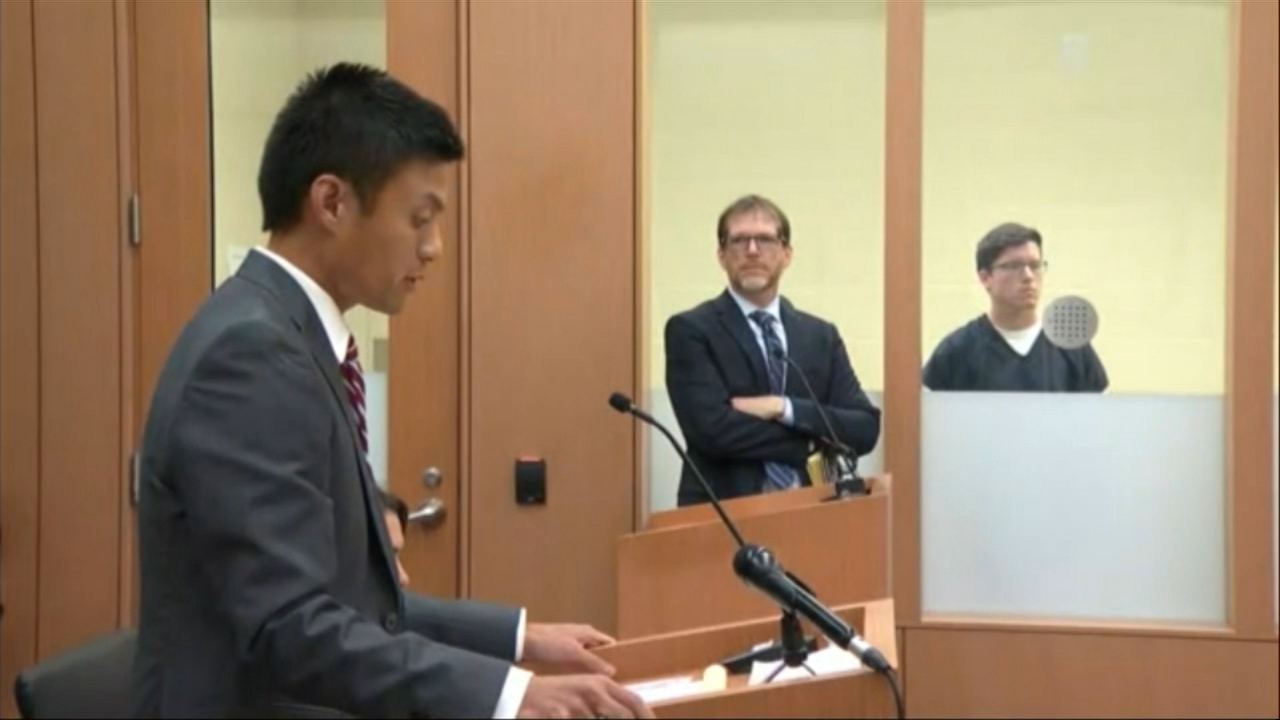 A prosecutor speaks at the arraignment for John T. Earnest, the suspect in a mass shooting at a Poway synagogue.

At the hearing, Deputy District Attorney Leonard Trinh asked that Earnest be held without bail, noting that if convicted he faces life without parole or the death penalty.

During the hearing and at a press conference afterward, prosecutors offered additional details about the shooting:

They said Earnest was armed with an AR-15 rifle that he fired eight to 10 times. At that point, the rifle either jammed or he had trouble reloading. An off-duty border patrol agent then chased after him and he fled.

A short time later, Earnest called 911 and reported the shooting, giving his location to the dispatcher.

John T. Earnest, the suspect in Saturday's mass shooting at a Poway synagogue, entered a not guilty plea on murder and hate crime charges Tuesday and was ordered held without bail.

He was arrested still wearing a vest which had five ammunition magazines. In his car, officials found magazines with 50 unfired bullets, a rifle and a helmet.

They said the weapon was purchased legally.