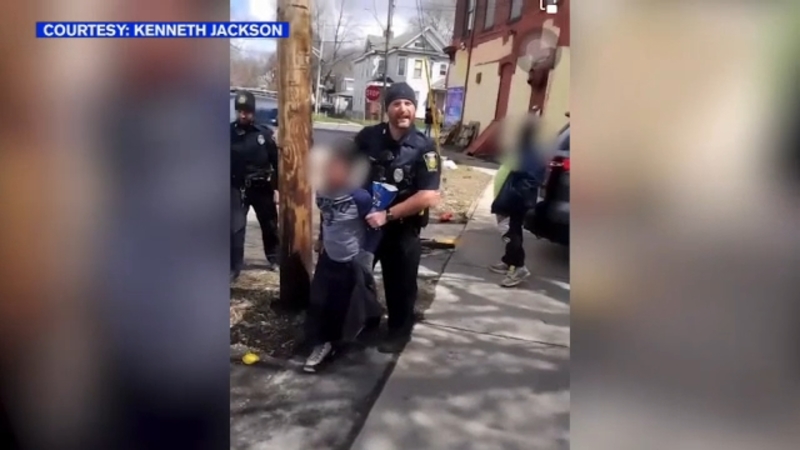 SYRACUSE, New York -- Video of officers putting a crying 8-year-old boy into a squad car in Syracuse has gone viral and is stirring up debate about the police department's relationship with residents.

The incident took place in the city's northside neighborhood, where an enraged bystander is heard on the video asking police why they're treating the child like he's a killer after the boy allegedly stole chips from a store.

Syracuse Police said they are reviewing the incident and claim that they never handcuffed the boy, and he was never brought to the station or was charged.

"There is some misinformation involving this case," Syracuse Police said in a statement. "The juvenile suspected of larceny was not placed in handcuffs. He was placed in the rear of a patrol unit where he was directly brought home. Officers met with the child's father and no charges were filed."

In the video, a police officer is seen holding the boy's arms behind his back while he screams.