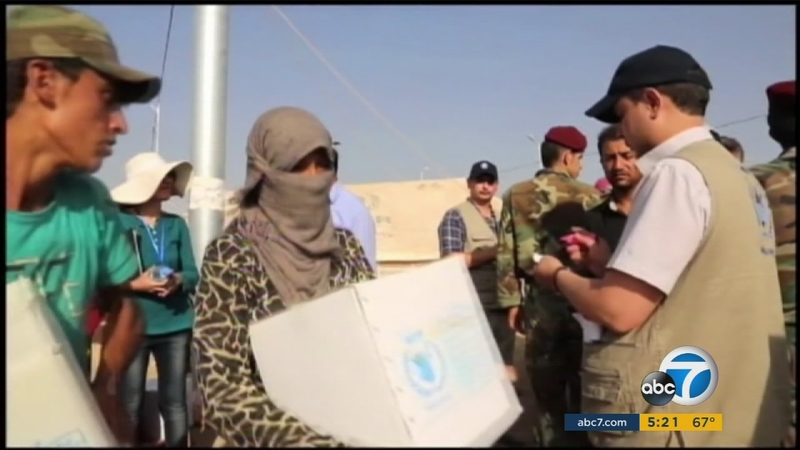 LOS ANGELES (KABC) -- More than half the country's governors say they'll refuse Syrian refugees over growing security concerns following the attacks in Paris, but California Gov. Jerry Brown is in the minority.

The state department plans to take in at least 10,000 Syrian refugees over the next year, but reports that one of the terrorists involved in the attacks in Paris may have blended in with them has legislators working to halt the plan.

"There is a threat embedded within that population there could be terrorists, so I'm calling for the governor to secure our borders," said Sen. Ted Gaines.

Gov. Brown, however, stated his opposing opinion on the issue.

"I intend to work closely with the president so that he can both uphold America's traditional role as a place of asylum, but also ensure that anyone seeking refuge in America is fully vetted in a sophisticated and utterly reliable way," he said. "You can be sure that we will do everything in our power to protect the people of our state."

Some California resident said they support Gov. Brown but understand concerns over security.

"I think it's a great thing. It's ridiculous to put this overlay on all refugees that there is this dangerous component to them," said Stephen Patchman of Los Angeles.

"To allow them in but do extensive background checks to make sure that there are no terrorist ties," said Dory Ghaem, a Los Angeles resident.

House Speaker Paul Ryan said he would bring legislation to pause the refugee program and call for stricter oversight.

"People understand the plight of those fleeing the Middle East but they also want basic assurances for the safety of this country," he said.

President Obama said he welcomes concrete suggestions but also assures the intelligence community vets fully who the refugees are.

"Under current law, it takes anywhere from, on average, 18 to 24 months to clear a refugee to come to the United States," he said. "They are subjected to the most rigorous process conceivable."