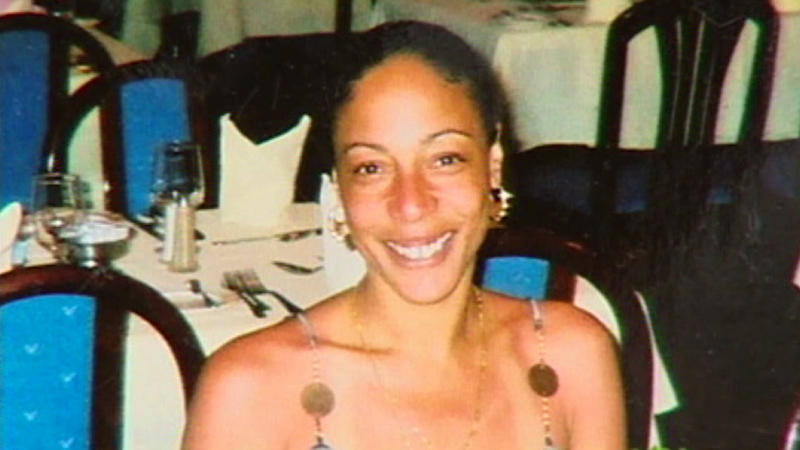 LOS ANGELES (KABC) -- The Los Angeles Police Department on Wednesday announced the arrests of two people in the 2006 murder of a local woman.

Taja Jones, a 35-year-old mother, was reported missing and later found beaten and shot to death inside her car on Jefferson and National boulevards in Baldwin Hills.

Nicole Chapple, 43, and 49-year-old Tyranda McDaniel have been arrested and charged with Jones' murder. 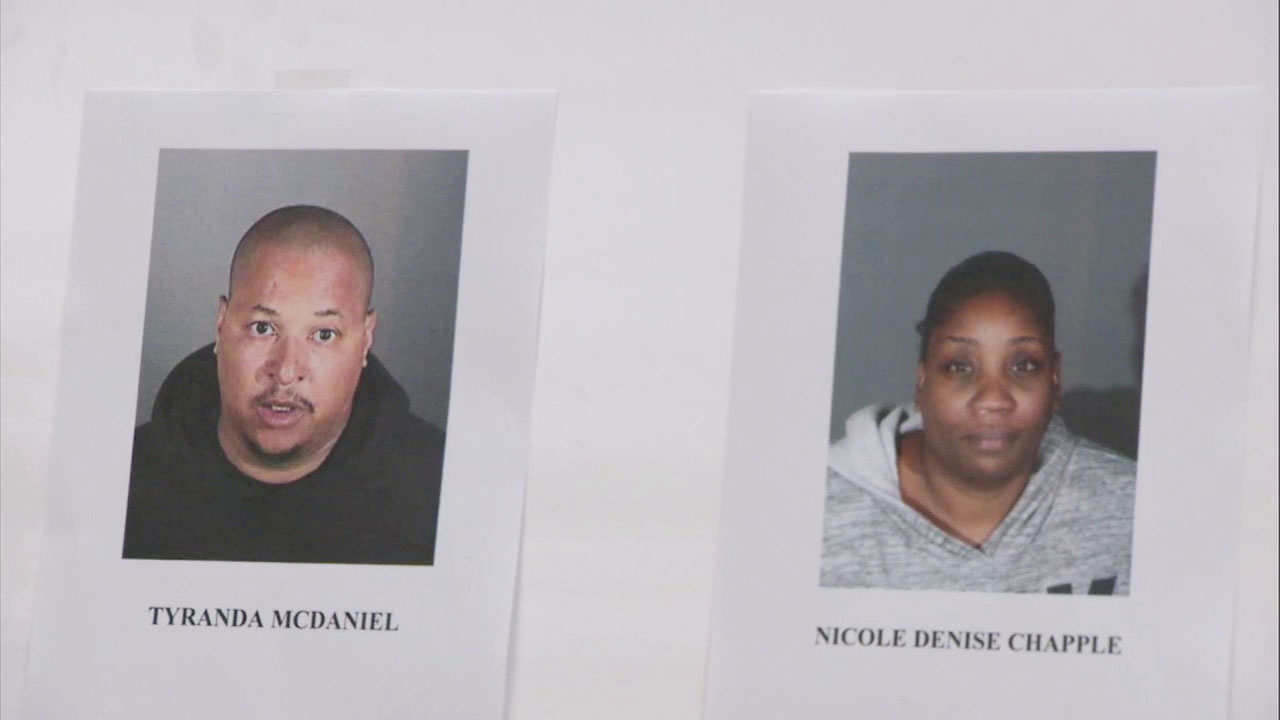 Los Angeles police release photos of two suspects arrested in the 2006 murder of a mother found beaten and shot in Baldwin Hills days after going missing.

The victim's family members were present at a news conference about the case. A friend spoke on behalf of Jones' loved ones and thanked detectives for their work.

"We all have been waiting patiently for 12 years. We finally get the news on Nov. 19 -- what a blessing before Thanksgiving," she said. "Taja, you can rest now, rest in peace, justice will be served. Taja, we all loved you and carry you in our hearts. You are never forgotten."

On April 20, 2006, Jones left her job at a mortgage company in the 3200 block of Ocean Park Boulevard in Santa Monica but didn't show up to pick up her 14-year-old son later in the day.

After not answering phone calls from loved ones, friends and family reported Jones missing.

Her body was found five days later in an abandoned bluish-green four-door 1995 Oldsmobile 88 that had been parked in the 5800 block of W. Jefferson Boulevard since around the time Jones went missing. The front windshield had been bashed in, and her body was found in the back seat. She had been beaten and shot, according to the coroner's office.

Detective B. Durazo said at the 11 a.m. press conference that Chapple was arrested near her Fontana home on Nov. 15. McDaniel is currently in custody on unrelated charges. Both were charged with murder on Nov. 19.

Police revealed Chapple was Jones' longtime friend and babysitter. She was also in a relationship with McDaniel. Both were persons of interest early in the investigation, but it wasn't until the cold case was reopened this year that detectives confirmed the suspects.

Police believe the motive for the murder was financial. Jones and her brother had inherited about $1 million from their mother, who had died the previous September. Co-workers said the last time they saw Jones, she was heading to a bank after discovering that much of her share of the inheritance had disappeared from her account.

Chapple is scheduled to be arraigned Dec. 7. and McDaniel's arraignment is pending.