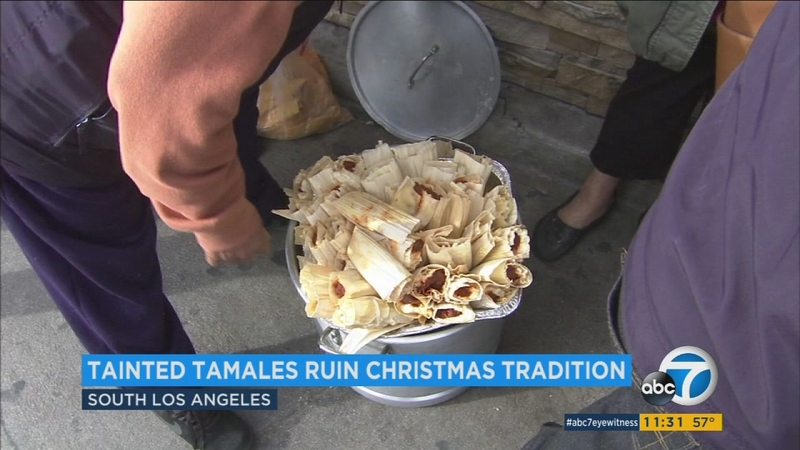 Customers who bought their traditional Christmas tamales from Amapola markets around Los Angeles County soon discovered a problem: The tamales were bad, and many say their Christmas dinners were ruined. Some even reported illness from eating the tamales.

Angry customers lined up at the Amapola market in South Los Angeles and other locations to demand refunds. Many of them brought pots full of ruined tamales to the market or shared pictures online of holiday dinner disasters.

"They're not made right," said customer Jessica Carrillo. "I don't know what they did. They even got people in our house sick too."

Amapola, in business for 55 years, has locations in South Los Angeles, Downey, Paramount and West Covina.

Amapola officials say they have had complaints from customers at all four of their stores. They are still trying to figure out what went wrong with the masa, but are promising to reimburse their customers.

"We've been processing refunds all day long," said company executive Carlos Galvan Jr. "We're going to continue to do that tomorrow. We'll do it all week, as long as it takes to get everybody whole."