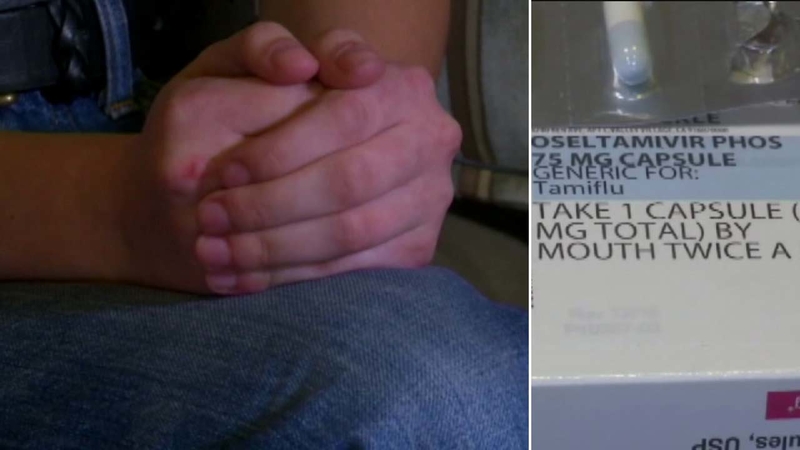 SAN FRANCISCO (KABC) -- A San Francisco Bay Area mother is warning parents about the alleged side effects of Tamiflu after she said her daughter suffered hallucinations.

Nora said her 15-year-old daughter started hallucinating shortly after taking the medication given to flu patients.

"She just was crying and said that she was seeing things in the room and that the room was closing in on her...I didn't know how to stop it, and I grabbed her and I just tried to hold her and I was trying to snap her out of it, and I almost called 911 because it was something I never - it was almost like somebody who was schizophrenic," Nora described.

Nora immediately told her daughter to stop taking Tamiflu. She said her daughter continued to suffer from the flu for four more days but did not have any more hallucinations.

This is not the first time this particular side effect was reported from taking Tamiflu. Parents in Texas said their 6-year-old daughter had hallucinations and possibly tried to harm herself after taking Tamiflu.