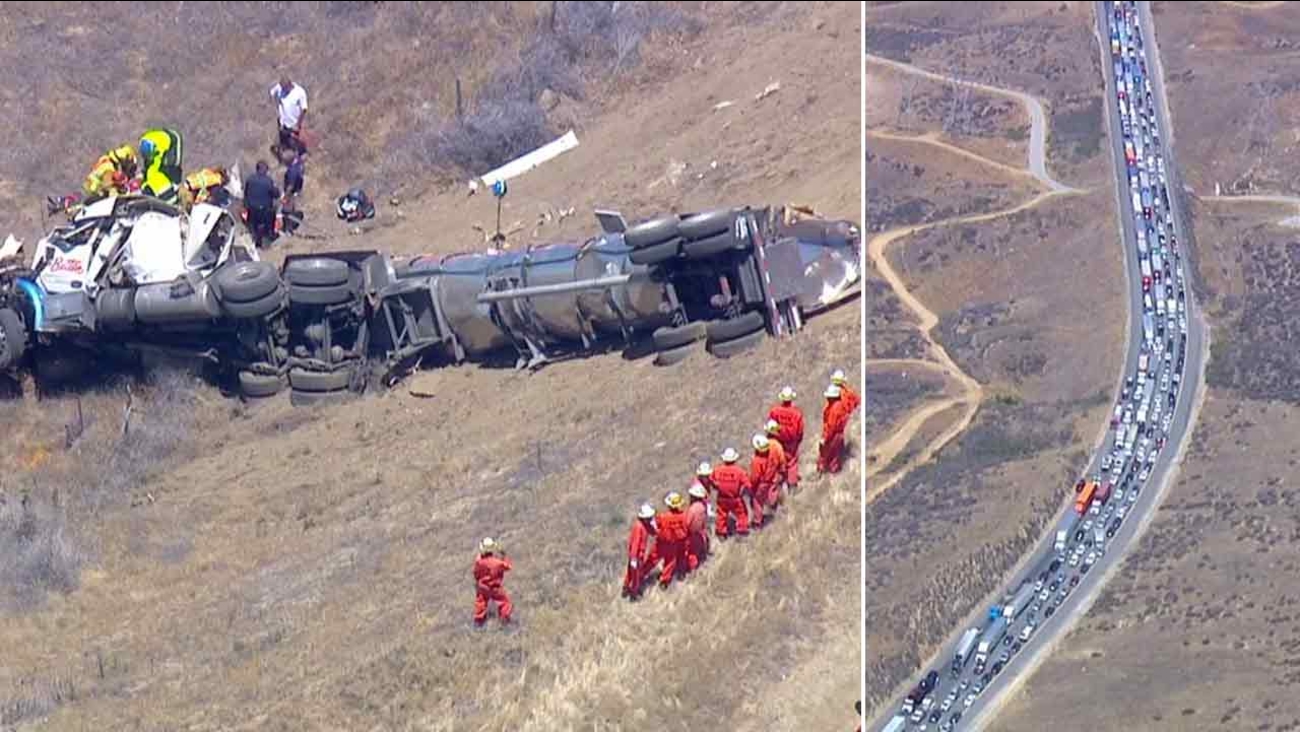 Emergency personnel are seen at the site of a crash involving a big rig on the southbound 5 Freeway in Castaic on Thursday, July 14, 2016.

CASTAIC, Calif. (KABC) -- A fatal crash involving a big rig and a sedan snarled traffic on the 5 Freeway in Castaic on Thursday.

The collision happened around 11:30 a.m. near the Templin Highway exit on the southbound side.

The truck driver ended up trapped inside the car for some time. The driver was pronounced dead at the scene, California Highway Patrol Officer Stephan Brandt told City News Service.

The identity of the truck driver was not released. It was not known if the driver of the sedan was injured.

At one point, all southbound lanes were blocked. Lanes began reopening around 12:15 p.m., but traffic remained backed up for miles.