BELL, Calif. (KABC) -- Massive flames shot up in the air and thick smoke was seen for miles after a tanker truck exploded on the 710 Freeway in the city of Bell on Sunday, April 26, 2015.

The crash occurred near Atlantic Boulevard around 3:30 p.m. between Slauson Avenue and Bandini Boulevard. The driver and a passenger were able to flee from the collision before the explosion. No injuries were reported.

The tanker was carrying 8,500 gallons of fuel in two tanks, but only one burst into flames. 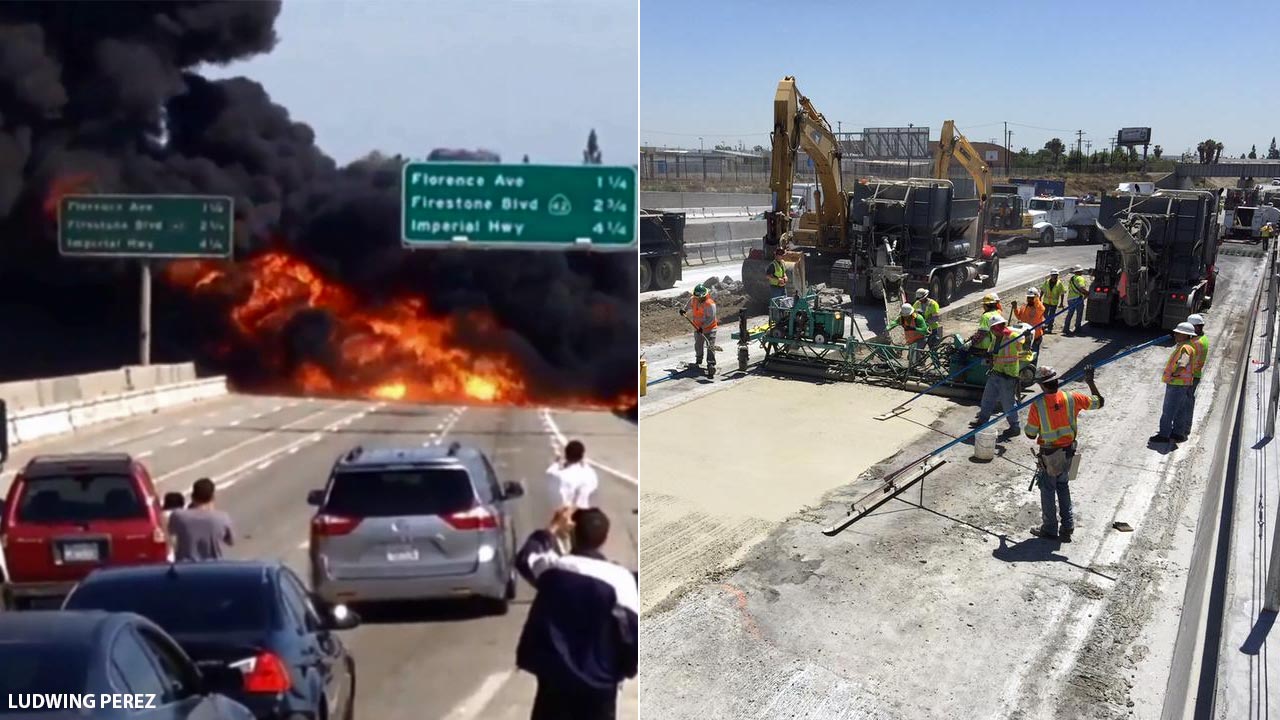