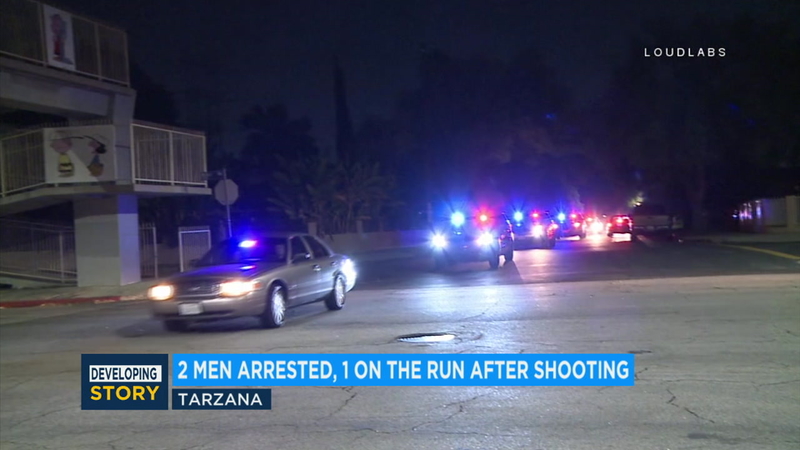 TARZANA, LOS ANGELES (KABC) -- Two burglary suspects are in custody but one remains at large after allegedly trying to break into a home in Tarzana.

Police said the men tried to break into a home near Donna Avenue and Collins Street around 11:15 p.m. Sunday and took off running as police arrived.

According to investigators, the suspects fired off a shot as they were running away, but it's unclear if the shot was directed at officers. No one was struck.