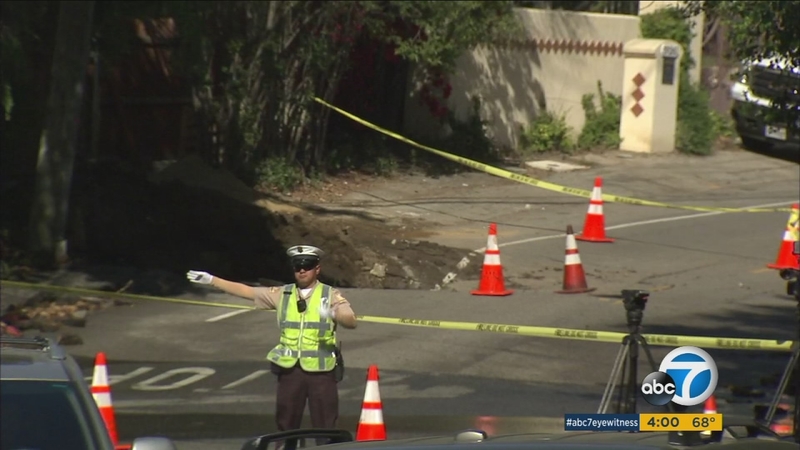 The break happened around 2:16 p.m. at the corner of Tampa Avenue and Wells Drive, according to officials from the Los Angeles Department of Water and Power.

Crews were able to shut down the 12-inch cast-iron pipe, said to have been installed in 1936, around 3:45 p.m. and were working to have it repaired by 9 p.m., LADWP officials said.

The break led to flooding of surrounding streets, and vehicles on the road were seen turning away from the mess as waters rose. Road repairs were expected to be completed by midnight.

LADWP officials said a total of 22 homes were without water and half a dozen were without power due to the break.