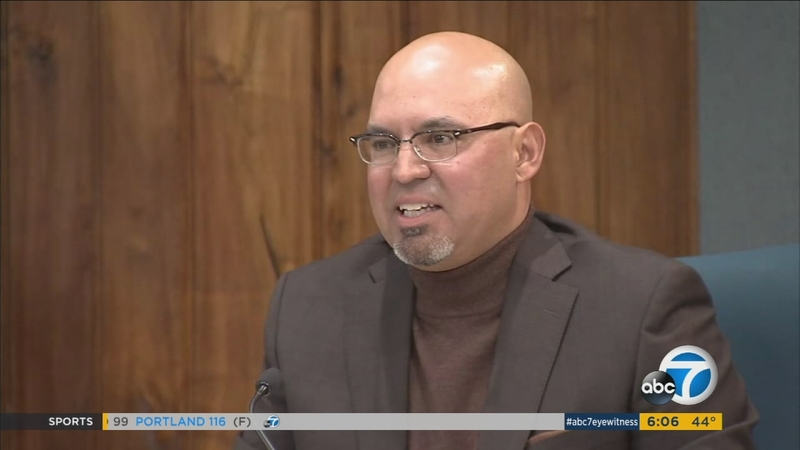 Salcido has been under scrutiny after a student secretly recorded him making apparently anti-military remarks during a history class.

"This is just all blown out of proportion," said former student Shantel Parker. "He's a very good guy -- very good guy. People that know him, they know he's a good guy."

Salcido apologized to those offended by his remarks, but said they were taken out of context and that he meant to encourage students to examine all options for their futures.

"He just wants students from these more vulnerable communities to have ample opportunities -- and college being one of them," former student Yuri "Jasmine" Estrada said.

Salcido said he's received numerous death threats and threats to harm his family since the firestorm ignited. The City Council, which called for his resignation, and the community are divided.

Those who spoke in support of Salcido said he taught them they had more possibilities for their future than they believed.