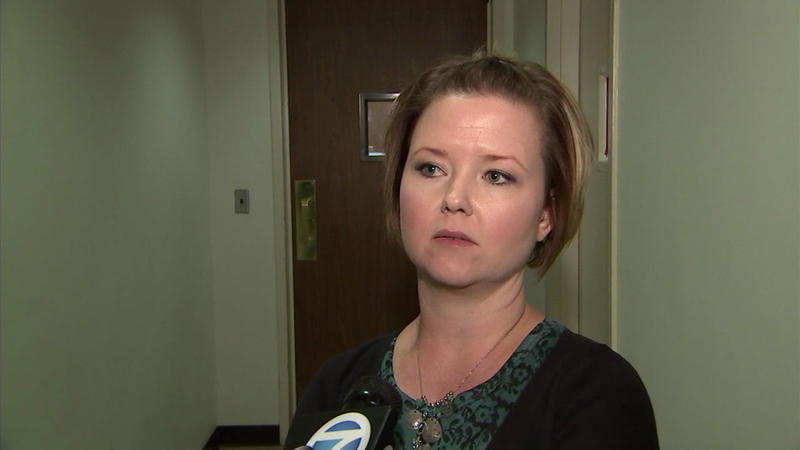 LOS ANGELES (KABC) -- Jurors, who are deciding on the penalty a man convicted of killing his girlfriend's son will face, heard a recording from the boy's mother and testimony from his first grade teacher.

Isauro Aguirre was convicted of murdering and torturing 8-year-old Gabriel Fernandez. Now he's in the penalty phase of his trial, which means jurors have to decide whether he deserves the death penalty.

During Thursday's hearing, Pearl Fernandez demanded answers from Aguirre in a secret recording at the Antelope Valley Jail. She had seen the autopsy reports of her son.

Her questions were not about what happened to Gabriel, but instead focused on how much Aguirre told detectives.

"He suffered from a brain concussion, like it cracked, and I'm told from cardiac arrest," she said. "Do you know why they got that murder charge on me? Because you admit I was inside the room."

There was no squabbling, no expressions of sorrow. It's another reason Aguirre should be put to death, according to prosecutors.

In addition to hearing the recording, Gabriel's first-grade teacher, Jennifer Garcia, reported his many wounds and pockmarks from BBs on his face to the Department of Children and Family Services before his death in 2013.

But then she learned of his death and talked about how she had to tell her students who were asking about their classmate.

Her wrenching testimony was underscored by a graphic display of a detective holding a black high-powered BB gun. Dozens of weapons were found in the Palmdale apartment, and prosecutors have said that Aguirre used those items to beat Gabriel over a period of eight months.

Among those items were a metal baton and wooden bats. Aguirre's trial revealed that Gabriel would be beaten anytime social workers would ask questions about his injuries. Those injuries would then be visible to Garcia, who realized her calls to DCFS resulted in more abuse for Gabriel.

After her testimony, Garcia spoke with Eyewitness News and said it was difficult for her and her students to see Gabriel go from a normal child to one who was reserved and abused. She said she never realized Gabriel would eventually die from the intense abuse.

She added that she carries a "tremendous amount of guilt" that affects her physically and mentally for not being able to save Gabriel.

While being questioned, Garcia said she was not being paid by the school district to come and testify because she did not have a subpoena. The district also has not offered her counseling since Gabriel's death, she said.