Apollo 11: Downey museum celebrates building of spacecraft that took man to the moon 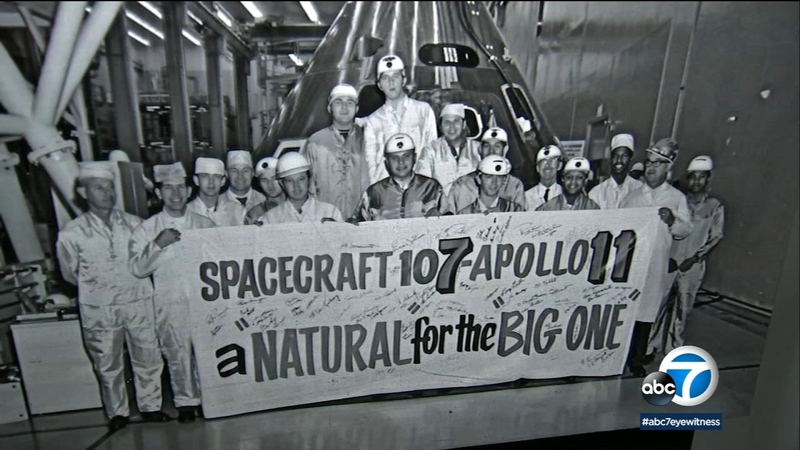 DOWNEY, Calif. (KABC) -- The world is celebrating a historic anniversary on Tuesday - 50 years since Apollo 11 launched on its journey to the moon.

The launch that millions watched from around the world had a special connection to Southern California.

It was in Downey, at the site now operating as the Columbia Memorial Space Center, where the Apollo 11 spacecraft was built and designed by NASA engineers.

"This was our dream," said Gerald Blackburn, a retired engineer who worked on the Apollo program. "Our whole dream was to get them there and to explore."

In Downey, you can see actual Apollo engines from that era, a used heat shield from a lunar capsule and other artifacts. They include reminders from the program's darker days, like in 1967 when three Apollo astronauts were killed during testing.

"That sacrifice that those three astronauts made, saved I think the space program," Blackburn said. "Because had that accident occurred on the way to the moon, it would've been disastrous."

Ben Dickow, executive director of the center, said there are a week of free events planned there leading up to Saturday's anniversary of the moon landing.

"We really want to make sure people in the L.A. region feel like the moon story is their story too, it's part of their heritage," Dickow said.

Visitors, he said, are encouraged to dress like 1969 to get into the spirit of those days.

Blackburn says it's also an opportunity to use history to build up the next generation.