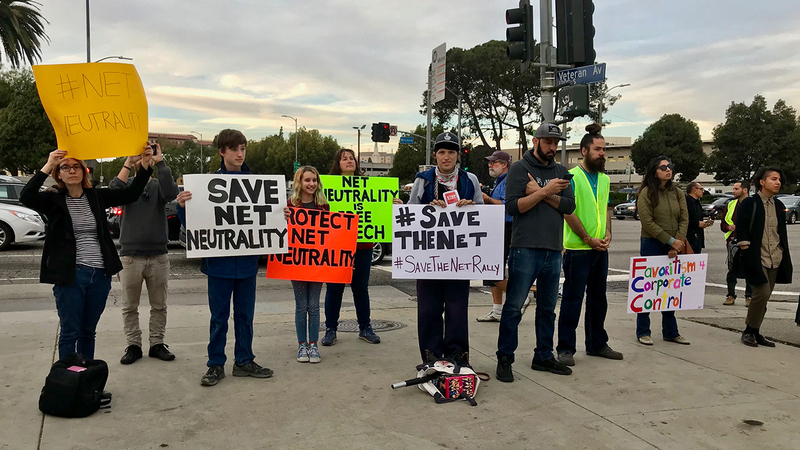 WESTWOOD, LOS ANGELES (KABC) -- Demonstrators rallied outside the federal building in Westwood Tuesday to protest the likely repeal of net neutrality by the Federal Communications Commission.

Protesters expect the chairman's proposal will pass next month in a 3-2 vote, with the two Democrats on the commission voting no and the three Republicans voting yes.

Net neutrality was put in place under President Obama. It prevents internet service providers from slowing down, blocking or charging more for certain websites to be displayed faster.

FCC chairman Ajit Pai says his proposal would improve service for people in rural and low-income areas because the current regulations have reduced investment in broadband networks.

Lauren Steiner, who worked with the National Coalition to Save The Internet in 2014, told the crowd in Westwood, "We need to call our Congress members and senators and tell them that they need to contact the FCC and issue a memorandum of disapproval when these rules come out and we need to get them on record as being in favor of net neutrality."