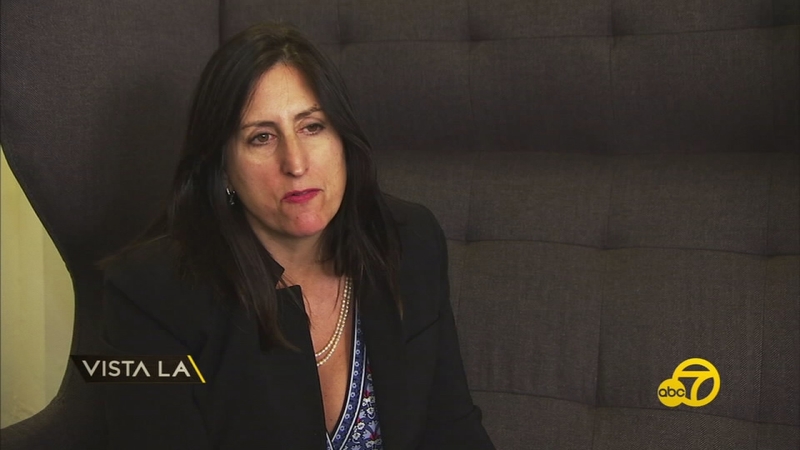 SANTA MONICA, Calif. (KABC) -- Nonny de le Pena has been called the "godmother of virtual reality." Her Santa Monica-based company Emblematic is a pioneer in immersive journalism and one of the world's foremost producers of virtual reality technology content and experiences.

"I founded it about six years ago, very much was out of my garage, and I took it from the garage to a couple of offices now. Using virtual reality, we can place you on scene. I've done stuff on hunger and Syrian refugees, solitary confinement -- really important stories -- all within this digital, virtual environment to really understand in a more visceral, embodied way what's transpiring," de la Pena said.

"You're there with NASA scientists doing their research, and suddenly this idea that the scientists were off, you know, doctoring their data, it just goes away. They're like 'Oh, they're just dropping a tube into the ocean to see the temperature,' and by being there, you connect with the story that's being presented," added de la Pena. "People thought virtual reality is a place for gamers. In truth, after people began to experience what we were making, it inspired a lot of other folks to get involved, and now there's really a very large movement in immersive journalism. It's been very exciting to watch that putting people on scene, in real stories, with this technology can help maybe even change the world."