Working at home and need better Wi-Fi? Extender might be solution 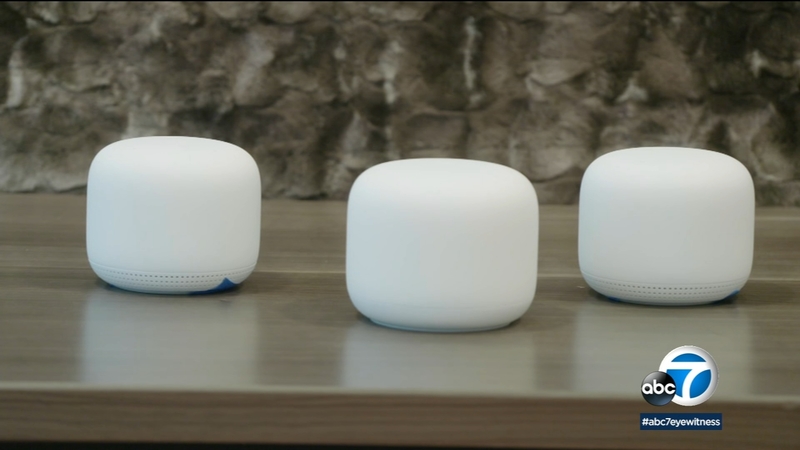 YONKERS, N.Y. (KABC) -- To anyone working from home with a spotty internet connection or dead zones, Wi-Fi range extenders sound like a potentially great solution.

The experts at Consumer Reports recently tested several and found that while they may cure some Wi-Fi woes, there are also limitations.

Rich Fisco oversees electronics testing at Consumer Reports and has been working with routers and Wi-Fi for decades, but even Rich had issues with Wi-Fi at his home.

"We had a dead zone on the deck in my backyard where we would hang out and barbecue," says Fisco.

He wasn't quite sure if a Wi-Fi extender would fix the issue or not. So he procrastinated.

Not long after the pandemic began, CR started testing some products at employees' homes, making sure to maintain strict testing protocols.

So when it came time for CR to test Wi-Fi extenders, Rich realized it was the perfect opportunity to use his home as a test lab.

"Well after I put the extender halfway between the router and the deck, I had a really good signal out there," says Fisco.

The Nighthawk from Netgear and a less expensive option from TP-Link were the two that did well in all of CR's tests.

One thing to keep in mind, CR says internet speeds from the extender may be slower than what people may be used to. That's because extenders cut speeds in half.

"Getting the most from your Wi-Fi extender relies on a lot of factors, including the speed of your internet service provider's connection, the distance from your router to where you're putting your Wi-Fi extender, and the areas of your home you're trying to cover," says Fisco.

For Rich, an extender brought Wi-Fi to his home's dead spot.

But if people are having issues all over their home, to see a significant improvement in their Wi-Fi, they may need a mesh network.

That's a system of two or more units that work together to blanket the home with a strong Wi-Fi signal.