Teen with 'suicide disease' has life back after surgery 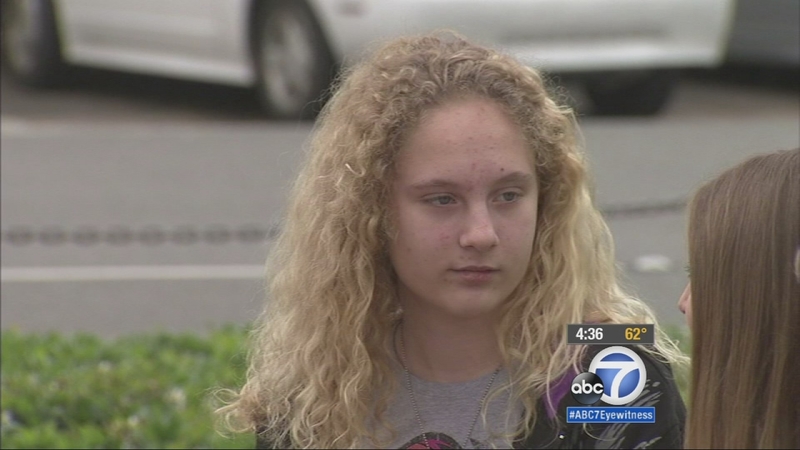 Teen with 'suicide disease' has life back after surgery

"I do feel more like a teenager," the 14-year-old said. "I can finally do what most kids can do."

We first met Hamilton and her mother, Megan, last year after they traveled from their home in Virginia to UCI Medical Center in Orange.

Hamilton suffers from Trigeminal Neuralgia, or TN, also known as the "suicide disease."

"You know those really thick kitchen knives? It feels like someone's stabbing that in the side of my head for two to three hours, and there's nothing you can do," Hamilton said.

The disorder affects less than 1 percent of children. It's often associated with blood vessels or nerve clusters that compress the trigeminal nerve, triggering excruciating facial pain with no warning. Even cold air can trigger it, said Hamilton, who first experienced the pain at age 11.

She and her family turned to UCI's Dr. Mark Linskey, who had performed several operations on children like Hamilton.

"The success rate for this operation is about 80 percent," said Linskey, professor of neurological surgery at UCI Medical Center.

A year after surgery, Hamilton's mother says, "She has her life back. It is the most amazing thing to function without daily pain."

Hamilton is now pain free and off her medication. She said before surgery, the medication made it hard for her to focus. Counting down from 10 was a challenge, but now she can concentrate and is back in school.

"I have a 99 percent grade on my math, and I'm happy about that," the teen said.

As rare as TN is, after Hamilton's story aired on Eyewitness News last year, several families contacted Hamilton. Their children also suffer from the same condition.

"We have 27 kids now that we have met and networked with," Megan Hamilton said.

Those families then contacted Linskey.

"He truly did save my life," said Chris Nolze, 19, who traveled from New Jersey to Orange to undergo surgery a year ago.

Orange resident Tyler Hatfield is now 2-1/2 years pain free after undergoing surgery at UCI. She has become friends with Nolze and Hamilton after their parents started the website TNKidsRock.com to connect with other TN families.

"I'm glad I finally met someone who does understand," Hamilton said, as she sat with her new friends in a park in Old Towne Orange.

The teen is in Orange County for her one-year checkup. She's hopeful the doctor will give her the go-ahead to return to riding rollercoasters and riding her Ripstick, activities she's avoided as a precaution since her surgery.

Her family hopes by sharing their story, they can raise awareness and one day find a cure.

"We know it's not cured," Megan Hamilton said. "Trigeminal neuralgia is not cured, but she (KatieRose) has a good shot at a lot of years pain free."