18-year-old shot and killed after fight breaks out during Halloween party in Ontario, police say

Police say the fight broke out when a group of people showed up uninvited.
KABC 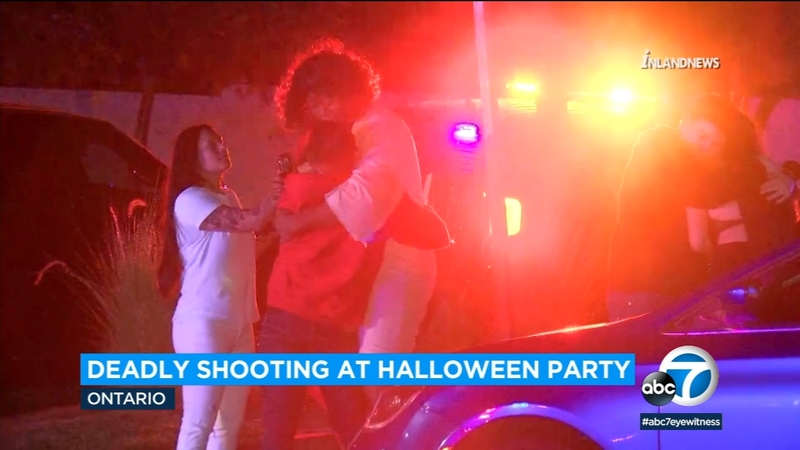 ONTARIO, Calif. (KABC) -- An 18-year-old was shot and killed after a fight broke out at a Halloween party in Ontario.

It happened at around midnight on Saturday in the 700 block of East Bonnie Brae Court.

According to police, four others were shot and remain hospitalized. Investigators say though they're in critical condition, they remain stable.

Police say the fight broke out when a group of people showed up uninvited.

Family and friends of the victim - who has not been identified - went back to the scene of the shooting and were seen comforting each other.

Meanwhile, anyone with information is urged to contact police.