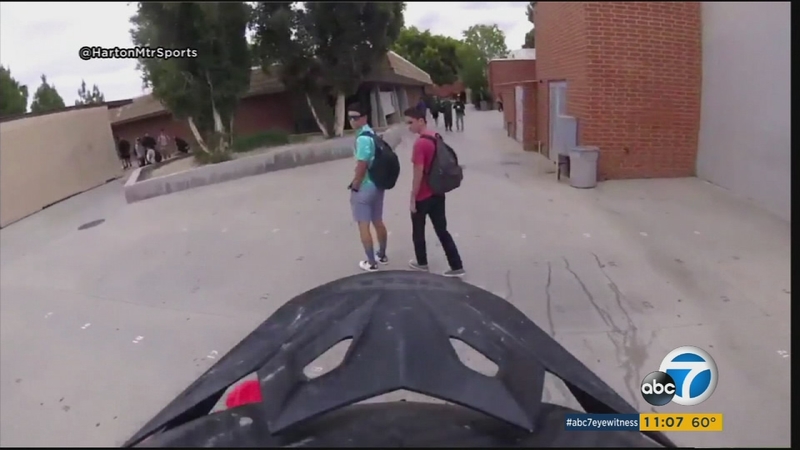 The dangerous stunt was done by a 16-year-old former Hart High School student who's now a junior at another high school.

He joked that he decided to pull a senior prank a year early.

"Just to impress my friends I rode my dirt bike through our high school," the teen, who ABC7 has not identified because he's a juvenile, said.

While many students may have been impressed, many adults were not. The ride through the middle of a crowded campus could get then teen into trouble with the law.

The school district released a statement that said in part, "In no way does the Hart School District condone anything that could result in injury or property damage. This includes 'pranks.' Our staff takes every step possible to thwart pranks and, if one does occur, will hold those involved accountable."