Investigation underway after teen gunned down while riding bike in Azusa 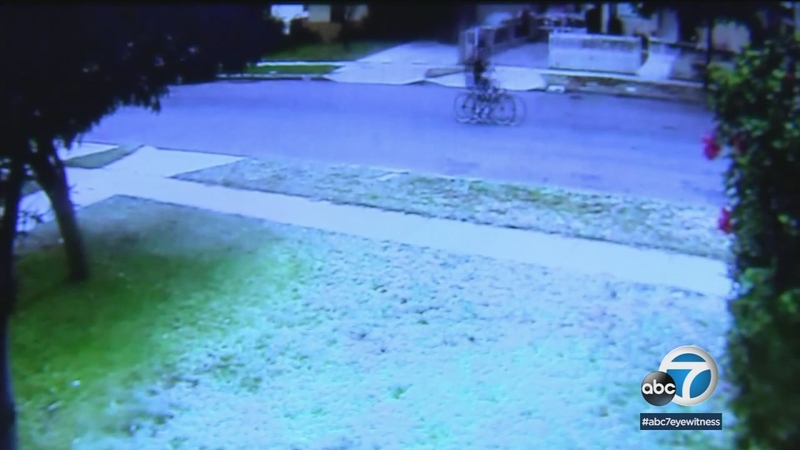 Teen shot to death while riding bike in Azusa

AZUSA, Calif. (KABC) -- An investigation was underway Tuesday night after a teenager was shot to death in Azusa.

The young victim's bike was in the street as investigators canvassed the crime scene in a neighborhood in the 300 block of South Enid Avenue.

"I was just inside minding my own business and then out of nowhere we hear gunshots, like eight or nine gunshots. We come outside and then there's a body right there at the corner," witness Edgar Carrillo said.

The violence happened around 3 p.m. in the area, near Grandview Drive and just south of the 210 Freeway. The 14-year-old victim was shot multiple times, according to authorities.

A neighbor's surveillance camera captured the teen on video as he rode by on his bike just moments before he was gunned down.

"I did see someone pass by with a bike, but I didn't pay much attention. Then I saw the neighbors coming out and I step out of the vehicle and I'm like, 'What's going on?' Then I seen him knocked down over there and they're like, 'Oh it was a shooting,'" witness Mario Jimenez said.

Witnesses said officers performed CPR on the victim as paramedics rushed the teen to the hospital, where he was pronounced dead. Neighbors said they were surprised by the deadly gunfire.

Carrillo said he's lived in the quiet neighborhood for 22 years and never seen a crime like this before. Jimenez echoed those remarks.

"I've lived here my whole life and never came across something like this. We've seen accidents, pursuits, but a shooting like a block away from my house? It's really crazy," he said.

It was unclear if the shooting was gang related, or if the suspect was on foot or in a vehicle.