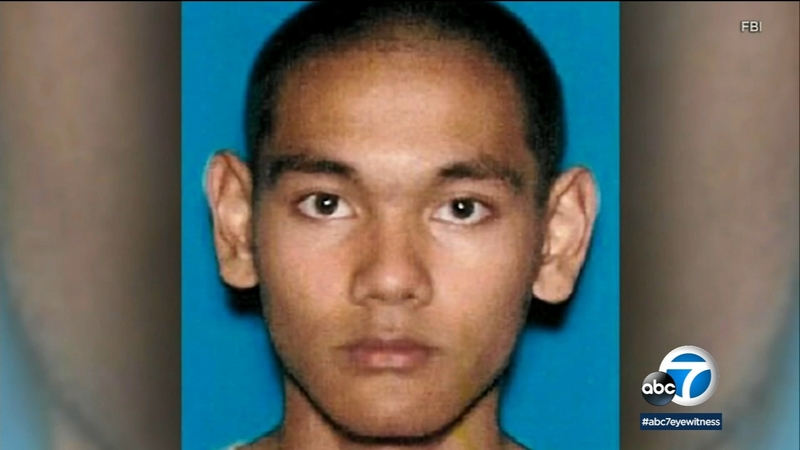 LOS ANGELES (KABC) -- An army veteran from Reseda has pleaded not guilty to plotting to bomb the Santa Monica Pier and a white supremacist rally in Long Beach and kill as many people as possible.

A federal grand jury indicted Mark Steven Domingo last month with providing material support to terrorists and attempted use of a weapon of mass destruction. He could face life in prison if convicted of all charges.

Domingo entered a not guilty plea on Friday, May 31 and has his next court appearance scheduled for June 23.

Domingo, 26, was arrested in April after investigators said he wanted to kill as many people as possible at a Nazi rally that was planned in Long Beach but didn't happen.

Authorities say Domingo became a radicalized Muslim who expressed support for violent Jihad, a desire to seek retribution for attacks against Muslims, and a willingness to become a martyr. He is a combat veteran who served four months in Afghanistan before being kicked out of the army.

Domingo considered various attacks, according to authorities, including targeting Jewish people, churches and police officers before deciding to bomb the Long Beach rally.

As part of the plot, Domingo asked a supposed confederate to help him find a bomb maker, according to court documents. That person was secretly working with the FBI.

He then purchased and provided the other person and the supposed bomb maker several hundred nails to be used as shrapnel for the bombs.

"Domingo said he specifically bought three-inch nails because they would be long enough to penetrate the human body and puncture internal organs," the affidavit states.

Leading up to the planned attack, Domingo called for another event similar to the October 2017 mass shooting in Las Vegas to give Americans "a taste of the terror they gladly spread all over the world," the complaint states.

Following an attack on Muslims in New Zealand on March 15, Domingo wrote in an online post, "there must be retribution," according to the complaint.

On April 26, Domingo received what he thought was a live bomb, but in fact, was an inert explosive device. He then drove his confederate and the undercover officer to Long Beach to scout the location and determine the most crowded areas.