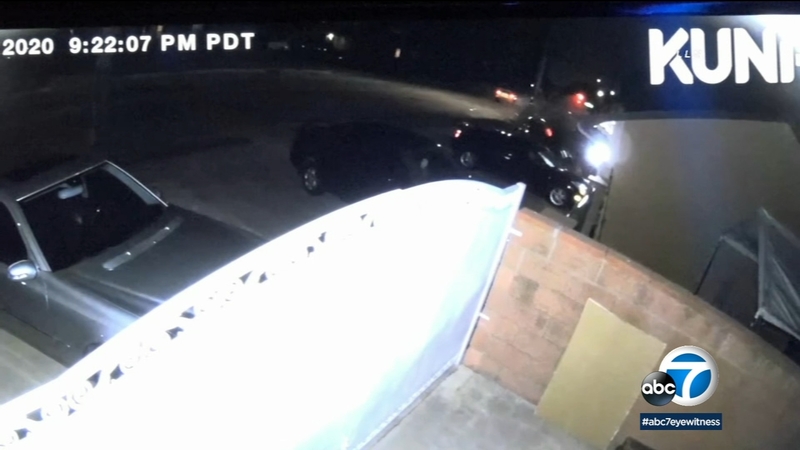 COVINA, Calif. (KABC) -- A driver fled the scene of a dramatic crash Saturday evening and was being sought after a car that had been chased earlier by California Highway Patrol slammed into a home in Covina, authorities said.

A passenger of the black Tesla Model 3 was transported to a hospital with minor injuries, according to the CHP.

According to a news release, the chase began after a CHP unit attempted to conduct a traffic stop for reckless driving on the westbound 10 Freeway, just east of Azusa Avenue.

After the driver exited the freeway and made his way onto Workman Avenue, the CHP called off the pursuit because the suspect was going too fast for it to be considered in the public interest to keep trying to stop the Tesla, said Officer Patrick Kimball, a spokesman for the agency.

Dashcam video captured a road rage incident on Highway 50 in Sacramento, where a driver "brake checked" a vehicle, causing another motorist to lose control and slam into the first car.

Afterward, the car smashed into a nearby residential garage about half a mile away, a CHP spokesperson said.

A man who identified himself as the homeowner said he was inside watching TV at the time of the collision. He was not injured.