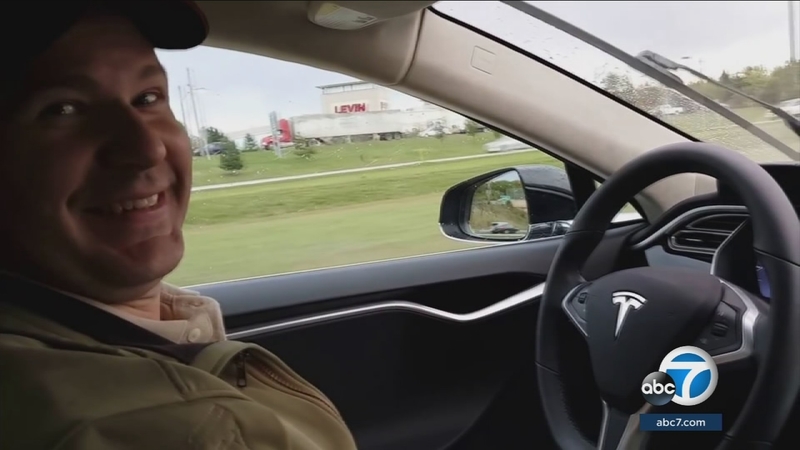 "What we know is that the vehicle was on a divided highway with Autopilot engaged when a tractor trailer drove across the highway perpendicular to the Model S," Tesla said in a statement on their website.

The fatal crash occurred on May 7 in Williston, Florida. The National Highway Traffic Safety Administration says preliminary reports indicate the crash occurred when a tractor-trailer rig made a left turn in front of the Tesla at a highway intersection.

"Neither Autopilot nor the driver noticed the white side of the tractor trailer against a brightly lit sky, so the brake was not applied," the statement said.

The Model S went under the trailer, and the impact sheared off the roof of the vehicle.

The victim was identified as 40-year-old Joshua D. Brown of Canton, Ohio, owner of a technology company who nicknamed his vehicle "Tessy."
"He was a friend to Tesla and the broader EV community, a person who spent his life focused on innovation and the promise of technology and who believed strongly in Tesla's mission," the company said.

Frank Baressi, 62, the driver of the truck and owner of Okemah Express LLC, said the Tesla driver was "playing Harry Potter on the TV screen" at the time of the crash and driving so quickly that "he went so fast through my trailer I didn't see him."

"It was still playing when he died and snapped a telephone pole a quarter mile down the road," Baressi told The Associated Press in an interview from his home in Palm Harbor, Florida. He acknowledged he couldn't see the movie, only heard it.

Tesla Motors Inc. said it is not possible to watch videos on the Model S touch screen, and there was no reference to the movie in initial police reports.

The company says autopilot is disabled by default. When drivers enable autopilot, they are reminded that the function "is an assist feature that requires you to keep your hands on the steering wheel at all times," and drivers should be prepared to take over at any given time.

NHTSA says it is investigating the design and performance of Tesla's system.

Brown's published obituary described him as a member of the Navy SEALs for 11 years. The Pentagon said Brown left the service in 2008.

He was an enthusiastic booster of his 2015 Tesla Model S and in April credited its sophisticated Autopilot system for avoiding a crash when a commercial truck swerved into his lane on an interstate. He published a video of the incident online.

Owner video of Autopilot steering to avoid collision with a truckhttps://t.co/FZUAXSjlR7

"Hands down the best car I have ever owned and use it to its full extent," Brown wrote.