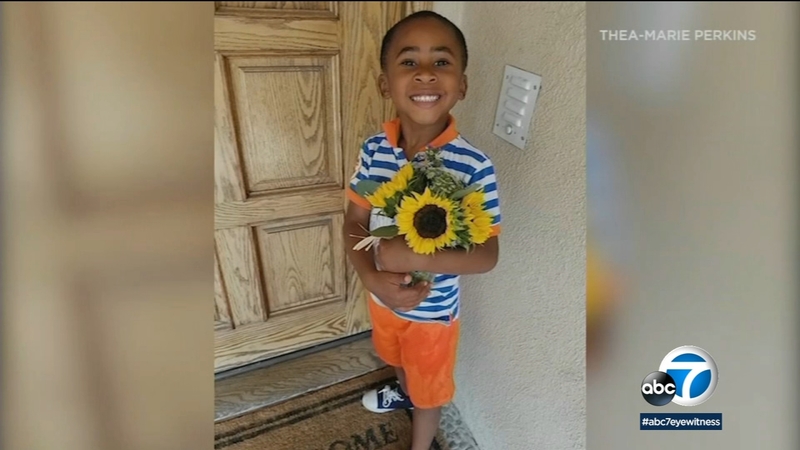 VALENCIA, Calif. (KABC) -- When Thea-Marie Perkins arrived to Tesoro Del Valle Elementary school in Valencia last week she saw several sheriff's vehicles. She wanted to know what was happening with her son.

"My son has been traumatized. He has been in and out of the classroom for the past week," says Perkins.

According to the Saugus Union School District a student at the school reported that her son Solomon Perkins made threats of violence and claimed there was a weapon.

"Once the administrator immediately checked my son's backpack, which I completely understand, without me being present and noticed that there were only Valentine's cards, why then would she call the sheriff's?" she said.

Just this past November a student with a gun shot five schoolmates, killing two, before killing himself at Saugus High School.

The district says "Safety is a very high priority in our schools. We all have a shared responsibility to take action whenever we suspect there might be a threat to our students."

Perkins came to the school district Thursday to meet with officials. She says her son was questioned without her permission and believes her son was treated as a criminal because he's black. She called the NAACP.

"When the district starts treating an African-American child differently that's when it raises the bar for us. Is there a direct or indirect systemic racism in how this child was treated?" says Daryl Good from the NAACP.

Saugus officials said "The school staff responded quickly and appropriately.... in addition, the school made several attempts to reach the child's parent by phone."