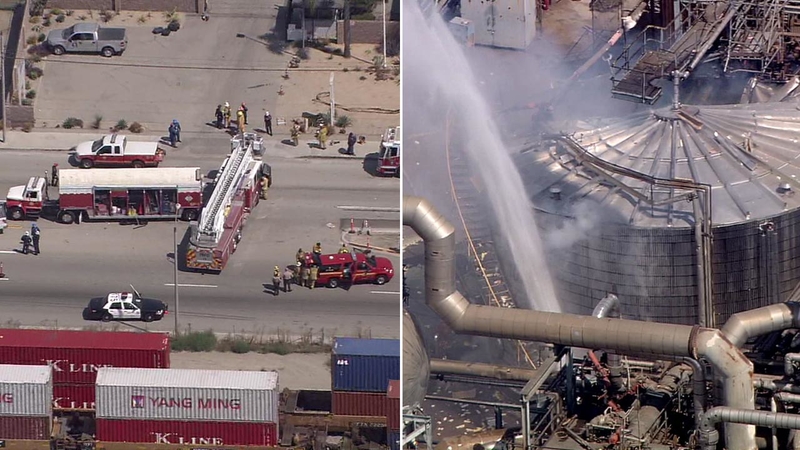 CARSON, Calif. (KABC) -- An explosion and breach of a sulfur tank at the Tesoro Refinery in Carson led to a shelter-in-place for nearby residents Friday afternoon.

The small explosion around 1 p.m. led to the breach, which emitted sulfur into the air. A fire also started but was quickly extinguished. The Los Angeles County Sheriff's Department asked residents who live within a quarter-mile of the facility at 2300 E 223rd St. to shelter in place.

All residents within a quarter mile radius of Tesoro Refinery are asked to shelter in place. Please avoid the area https://t.co/gq7BaZl7uD

The shelter-in-place order was lifted after 6 p.m.

County and refinery officials said the levels of chemicals released into the air were not considered toxic to local residents and the shelter-in-place order was made just as a precaution.