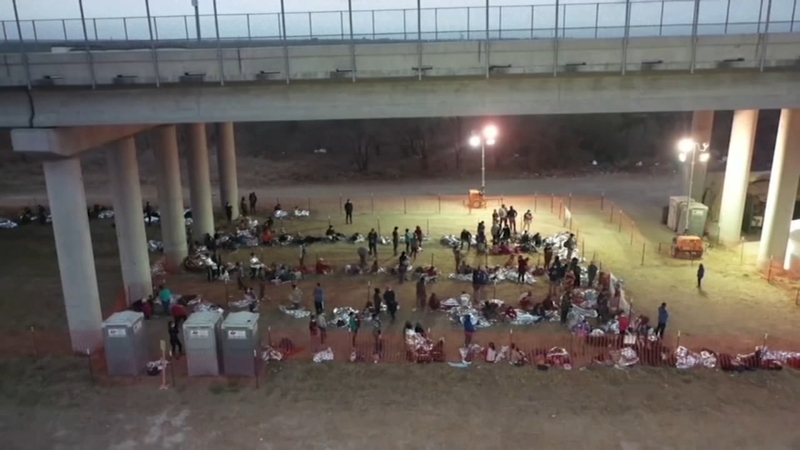 Teen migrants recall being detained at border for months

HOUSTON, Texas -- The crisis at the border is a major topic that's front and center this week in Washington. There has been a massive surge of child migrants crossing the border and more than 4,000 children are now stuck in border patrol-run facilities.

What's happening at the border is terrifying for families. But what some call a crisis, others say it's normal.

A 17-year-old boy, who wished to remain anonymous, said he was forced to make the call to escape Honduras with his 12-year-old brother for what they believe was the safety of his family. He said it all happened when a gang threatened him with killing his brother if he didn't join.

The teen worked odd jobs to get money for food and slept at gas stations while traveling through Mexico. They spent two weeks in a border facility and the rest of the time was spent in a foster home in Corpus Christi.

SEE ALSO: Thousands of immigrant teens to be housed at Dallas convention center

From the time they left Honduras in the fall of last year, it took the two boys about three months to reunite with their mother in Houston. The family said they would relive the fear and uncertainty if it meant fleeing danger.

According to ABC News sources, there are now 4,300 children in custody at the border. That's a 25% increase from the 3,400 earlier in the week. In addition, the amount of time a child spends in a border facility has increased to an average of 117 hours - which is 45 hours longer than the legal limit, according to sources.

The situation is a topic a group of Republican lawmakers call a crisis after visiting on Monday.

"We need to understand that look, President [Joe] Biden, you're an okay guy. Why don't you just admit you made a mistake with this policy and go back to the way it was and make America safe for all of us," said the Republican leader of the House Committee on Homeland, John Katko.