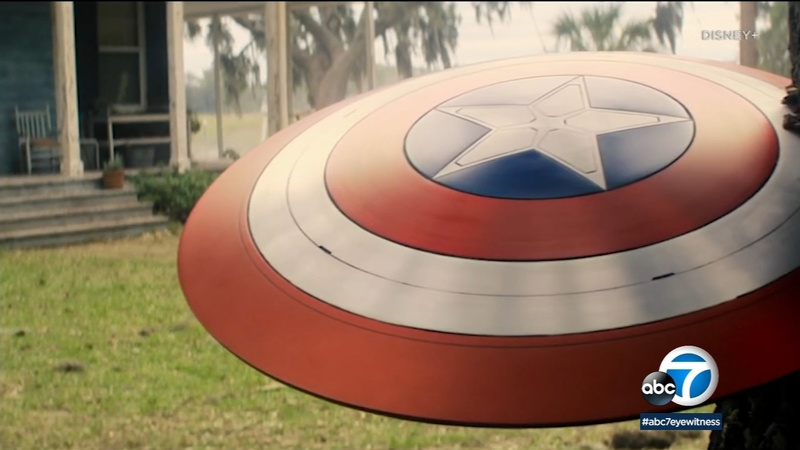 'The Falcon and the Winter Soldier' delves into shield's symbolism

"The Falcon and the Winter Soldier" has opened as the most watched series premiere on Disney+.

While there's big action and adventure in this six-episode event, its makers wanted to dig deeper.

The two characters may not be friends but the Falcon and the Winter Soldier need to join forces for another major mission involving what Marvel superheroes are known for - saving the world.

In the last big Avengers outing, it appeared The Falcon, aka Sam Wilson, would be assuming that role.

Head writer Malcolm Spellman said, "Yeah, it was why I wanted to do this project so badly. The idea of a Black man confronting that symbol, the shield, the stars, the stripes and how tortured you're going to be about what that represents to you, you know what I'm saying? It's a completely different symbol in Sam's hands than Steve's hands."

Director Kari Skogland is on the same page.

"What is it for a Black man to carry that shield? What is it for the Black community? Does he want it? The shield has some bad with and some good with it. It's not simple," said Skogland. "You know, is it relevant? The shield and the idea of a Captain America is born of a different time and a different era."

How Sam/The Falcon feels about taking on that shield is a big theme on the show.

"The Falcon and the Winter Soldier" is available now on Disney+.